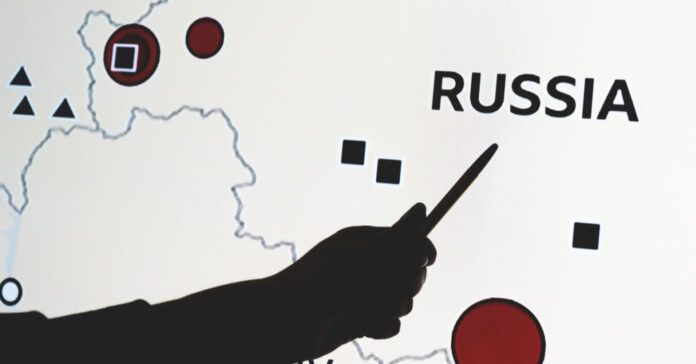 Since he first took any kind of political office back in 1970, Joe Biden has been unable to accept personal responsibility for anything. Somehow, it’s always the other guy’s fault for his mistakes. Now that he’s sitting in the White House, that has not changed in the least. This blame-shifting, finger-pointing, and lack of professional responsibility have gone on long enough, and Sen. Ted Cruz (R-TX) isn’t standing for it.

Sen. Cruz took to Twitter to go after these latest bald-faced lies. “This is a flat-out lie. Gas prices have increased 48% under Biden—BEFORE RUSSIA INVADED UKRAINE. Biden did that. That’s bc Biden: – killed Keystone pipeline. – froze federal leases. – shut down ANWR All, while Biden waived sanctions on Putin’s pipeline.” These statements are the kind of call out this administration needs, and Sen. Cruz knows that.

He’s been around for a bit. When he’s been wrong, people held his feet to the fire. He is just giving Biden the same medicine he has received from Biden’s cohorts. To give their leader that same level of attention back is just a smart idea, both personally and politically. Playing the game this way is the only smart way to play when the left’s politics are consistently putting the party over the people.

He didn’t just take to Twitter alone. He also appeared on CNBC on Tuesday and let loose one of the longest and most accurate rants about this presidency to date. “It really is striking; in 2019 the United States became a net energy exporter. We are an oil and gas superpower. And yet under Joe Biden, last year for the first time since then, America stopped being a net energy exporter as our production went down…Their rhetoric is not what they’re trying to do; what they’re really trying to do, it’s an irrational, emotional response. The Biden administration wants to destroy U.S. energy production.”

While there is a lot more to share, these statements alone not only sum it up, but they are some of the most crucial points to take away. This administration isn’t concerned about Americans, they are just concerned about their own agenda. Green energy is the cornerstone of that agenda, but when even Elon Musk is begging America to invest more in fossil fuels, we are not ready to go fully electric. Considering the man owns Tesla motors, he’s going completely against his own business model.

Sen. Cruz’s points are very valid, and they point the right fingers. Yet, the waiving of sanctions on Putin’s pipeline before all this happened is one of the other incredibly horrific points. To waive the sanctions and allow that man to do whatever he wanted just emboldened his resolve and gave him a great reason to invade Ukraine. It was at that point that President Biden showed the globe just what a spineless puppet he was.

Now, the globe is stuck watching and praying for Ukraine, while also praying for the US. Not praying we wake up and this was all a bad dream, but praying that the man we elected to run the country will finally put American best interests at the forefront. To stop the political divide over what each party wants, and to, instead, find common ground so the people can get along once again. Quite honestly, between the inflation, the overpriced gas, the lack of cooperation between parties, and the hate amongst people, it’s time for a change. He’s only been in office for a little over a year. How much worse can we allow it to get?