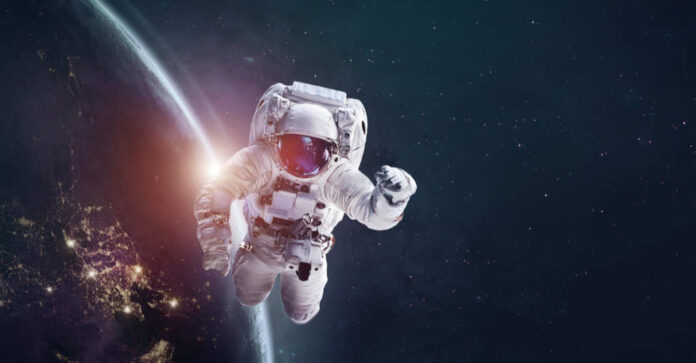 NASA has had a number of interesting missions over the years. It’s how we’ve learned more about the planets, the possibility of life on Mars, and so much more.

For the most part, most people view NASA’s missions as a way to learn about whether it’s going to be possible to live somewhere else. If we destroy Earth, will there be somewhere else that we can colonize?

Well, NASA is ready to talk about sex in space. According to the government agency, no humans have had sex in space as of yet – and it’s time to do some studies in a low gravity environment. In fact, they say that it will be “crucial” for some of the long-haul missions to both the moon and Mars.

Think about some of the missions that would require astronauts to be away from Earth for years. Are they supposed to simply stay celibate in the name of science? Healthy libidos make for healthy humans – and there’s no reason why anyone would have to stay celibate.

As of right now, the people going into long-haul space missions are professional astronauts. But what happens when more people want to explore space travel – civilians, including couples, are more likely to go into space – and sex is likely to happen whether government space agencies want to admit it or not.

This goes so far beyond the mile-high club. We’re talking about the 62-mile high club – and some researchers have said that it’s entirely possible that we’ll see space hotels in the future.

In the past, NASA has taken the staunch response that “No humans have ever had sex in space.” The unspoken aspect of that is – that we know of. No one’s going to fess up to that because there have been no married couples launched into space together.

One NASA spokesperson said that they are always looking at the health and safety of crew members. The Human Research Program looks at the various hazards of human spaceflight. “Should a future need for more in-depth study on reproductive health in space be identified, NASA would take the appropriate steps.”

Imagine signing up for that study. Free trip to space. Must be willing to have sex in space. Observations will be made in the name of science. It sounds quite voyeuristic.

Although NASA isn’t interested in committing to such a study right now, there have been many scientists who have talked about the need to have sex in space for the purpose of colonizing a new planet. We’re likely at least a few decades away from such a thing.

There is another possibility that researchers want to explore. A trip to Mars is anticipated to take between seven and nine months each way. Additionally, many would want to live for a year or more on the surface, using space dome housing.

It is possible that astronauts could have sex in space, conceive a child, and give birth in space – all while away from planet Earth.

Is it possible? Is it safe? Are there any issues? There’s no way of knowing until such an experiment is done. And it would be much easier to know about any side effects or problems in a controlled experiment instead of dealing with an “oops.”

Canadian scientists seem particularly eager to study sex in space. “Rocket science may take us to outer space; it will be human relationships that determine if we thrive.”

Studies on the ISS are looking at sex among animals on board first. If there’s success, it may pave the way to humans having sex – and from there, space tourism may become more of a possibility.