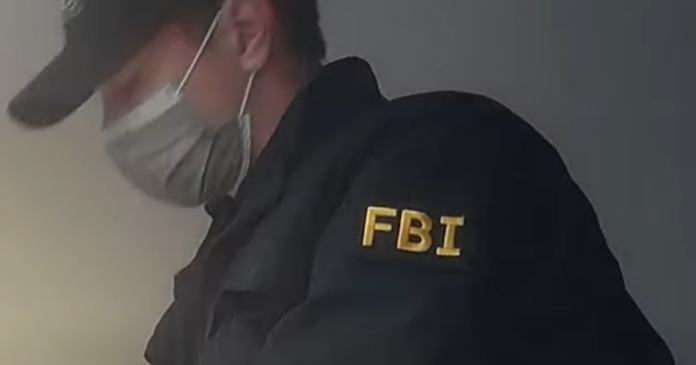 Watchdog group Project Veritas published a video on Tuesday showing FBI agents raiding the home of one of their journalists. In the video, which was taken in November 2021, armed agents are shown banging on the door. After entering the home, they shouted, “Let me see your hands!”

The footage also shows agents holding rifles and searching the journalist’s home. They went through his bedroom, kitchen, and closets, digging through his belongings. He can be heard telling agents “[his] hands are up.”

Friday afternoon Project Veritas founder James O’Keefe announced that the homes of current and former Project Veritas journalists had been raided by FBI agents Thursday morning and that he had been served a Grand Jury subpoena with a cover letter requesting that he not make the existence of the subpoena known.

In an email to its subscribers, the organization explained that “[t]he raid and seizures were executed at the behest of the Biden Administration’s Department of Justice despite Attorney General Merrick Garland’s vow to respect press freedoms.”

Project Veritas founder James O’Keefe excoriated the Justice Department’s actions, calling them “an effort by the government to intimidate and silence us as journalists,” and that the group would “stand firm to vindicate our own First Amendment rights, fight for the rights of our fellow journalists, and all Americans.”

The FBI’s raid was reportedly related to the publication of parts of a diary that belonged to Ashley Biden, the daughter of President Joe Biden. National File journalist Patrick Howley published excerpts of what is believed to be her personal journal in October 2020, which featured entries discussing inappropriate showers with her father.

Project Veritas explained that “tipsters” approached the organization, claiming they possessed a copy of Ashley’s diary. The organization, after receiving the documents, attempted to corroborate the veracity of its contents.

The organization handed the diary over to law enforcement and never published any part of it.

Now, we have video footage showing how the raid proceeded and, predictably, it is not pretty. It is a blatant attack on the First Amendment, and appears to be an attempt to intimidate a media outlet. Project Veritas has not yet indicated what its next steps are, but it does not seem out of the realm of possibility that the group is considering legal action. The group hired a Washington law firm in December to look into the raid. It probably won’t take long before the group takes action.