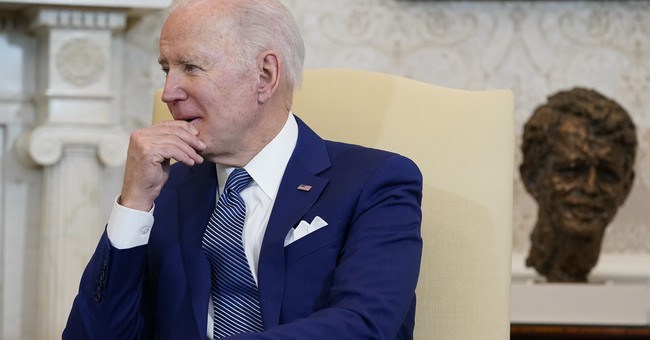 Over last weekend, former Representative Tulsi Gabbard made some headlines with a short video statement she created.

Here are the undeniable facts.

There are 25 to 30 US-funded biolabs in Ukraine. According to the US government these biolabs are conducting research on dangerous pathogens.

Ukraine is in a active war zone with widespread bombing and artillery and shelling and these facilities, even in the best of circumstances could easily be compromised and release these deadly pathogens.

Now, like COVID, these pathogens know no borders. If they are inadvertently or purposely breached or compromised, they will quickly spread all throughout Europe, the United States, and the rest of the world causing untold suffering and death. So in order to protect the American people, the people of Europe, the people around the world, these labs need to be shut down immediately and the pathogens that they hold need to be destroyed.

Instead of trying to cover this up, the Biden-Harris Administration needs to work with Russia, Ukraine, NATO, the UN to immediately implement a ceasefire for all military action in the vicinity of these labs until they’re secured and these pathogens are destroyed.

Now, in addition to all this, the US funds around 300 biolabs around the world who are engaging in dangerous research, including gain-of-function, similar to the lab in Wuhan where COVID-19 may have originated from. Now, after realizing how dangerous an vulnerable these labs are, they should have all been shut down two years ago, but they haven’t.

Now, this is not a partisan political issue. The administration and Congress need to act now for the health and wellbeing of every American and person on the planet.

I don’t think Gabbard’s video represents “undeniable facts,” but I find myself largely in agreement with her. If there is one thing we’ve learned from the Wuhan fiasco, it is that we can’t rely upon scientists to keep us safe. The lack of any moral compass by biomedical researchers from the lab bench to NIH led to skirting the laws against gain-of-function research and releasing a dangerous engineered pathogen into the environment. I suspect that Wuhan is the tip of the iceberg. There are probably dozens, or hundreds, of projects supported by US funds, from either Defense or NIH, being carried out overseas that would result in lengthy prison sentences if they were done in America. That’s a story for a different day.

What Gabbard said, though, was enough to cause an agitated Mitt Romney to get a bad case of the squirts and befoul himself on Twitter; see Mitt Romney Freaks the Freak out, Accuses Tulsi Gabbard of Treason.

The very fact that a charter member of the globalist elite would react to Gabbard’s video with an illogical and nonsensical accusation of “treasonous lies” leads me to believe that she is closer to the truth than anyone wants to admit.

Let’s put aside the issue of “the US funds around 300 biolabs around the world who are engaging in dangerous research,” and look at the Ukraine situation.

By and large, the whole biolab issue resembled another Pizza-gate episode until Victoria Nuland, a retread from multiple administrations who has the bureaucratic survival skills of a cockroach and epitomizes the phrase “f*** up and move up,” testified before the Senate Foreign Relations Committee.

In congressional testimony this week, Ms. Nuland, the under secretary of state for political affairs, was asked by Senator Marco Rubio, Republican of Florida, whether Ukraine has chemical or biological weapons.

“Ukraine has biological research facilities which, in fact, we are now quite concerned Russian troops, Russian forces, may be seeking to gain control of,” she responded. “So we are working with the Ukrainians on how they can prevent any of those research materials from falling into the hands of Russian forces should they approach.”

If there were a biological or chemical weapon attack inside Ukraine, Mr. Rubio asked, would there be any doubt that Russia was behind it?

“There is no doubt in my mind, Senator, and it is classic Russian technique to blame the other guy what they’re planning to do themselves,” Ms. Nuland responded.

Read more at Victoria Nuland Opens up a Can of Worms About What’s in Danger in Ukraine.

I think the idea that Ukraine is actively producing biological weapons is nonsense at best and overt Russian propaganda at worst. There are no certified BSL-4 or even BSL-3 labs in Ukraine. Trying to develop a biological agent outside of such a facility would be incredibly dangerous for the staff (I’m assuming they don’t care about the population), and it would be impossible to construct without massive outside assistance. Beyond that, the United States gave up researching biological weapons long ago, not out of any sense of moral superiority but because biological agents are difficult to deliver on a target and impossible to control once released. Nothing about the story makes any sense in real life.

US involvement with labs in Ukraine has been funded through the Defense Threat Reduction Agency. This arrangement is not secret. Here is a lengthy history of the program. It is short on details, but it does show that Ukraine did have labs that researched biological pathogens. They seem to focus primarily on veterinary medicine rather than biological weapons; the emphasis is “seemed.” There is one lab that studies “plague.”

Some of the demilitarized labs have had a significant impact on studying COVID. They continue to monitor diseases spread by land movement from Asia. The official fact sheets can be found here; they have not been “scrubbed,” as some have reported.

Where does that get us?

We know the labs exist. We know the labs were the recipients of significant sums of US money to “safeguard” the biological material stored at the facilities. We know the Defense Threat Reduction Agency did dismantle several biological warfare labs in Kazakhstan. We don’t know what pathogens are in the Ukrainian labs. We don’t know what kind of research goes on in these labs. The most important question is why, if we are concerned about the Russians gaining possession of pathogens from labs in Ukraine, were the pathogens there in the first place?

This brings us back to where we are today.

The biggest issue I see is that absolutely no one is willing to answer the questions that need to be answered. I’ve come to view Jennifer Griffin as a total stooge for the Pentagon and White House, and here she does not disappoint.

Note that in response to the question, all she can do is relay accusations of Russia of being about to do what Russia’s accused us of being about to do. It reminds me of something I heard long ago about the four steps of getting out of serious trouble: Deny everything; admit nothing; blame others, and make counter-accusations.

This should give us all flashbacks to the initial outbreak of COVID, the Russia Hoax, and many other incidents. We are governed by idiots and by liars.

Some of the liars lie with a noble purpose.

Some lie to avoid the consequences of their actions or to win a bureaucratic fight. Others are just psychopaths to lie because that is what they do. The Biden junta has been unique in its propensity to lie about even simple things, like saying the money supply (M1) is not linked to inflation and astronomical gas prices are caused by a two-week-old war in Ukraine.

This brings us to the crux of the matter: the Liar’s Paradox. If you are dealing with a chronic liar, can they tell the truth? More importantly, how would you, the listener, know when the liar is being truthful. We know these people are liars. We know they have every reason to lie about the labs in Ukraine. Indeed, we expect them to lie about those labs. They may be telling the truth; in fact, I think they are, but the way they are addressing the issue sounds like a lie. They have debased their own word to the point where there is no reason that anyone should believe what Biden and his clique have to say about what goes on at biolabs in Ukraine. They have no one but themselves to blame for Russia or Chinese propaganda on the internet having as much or more credibility than the word of our government.

Until there is something that looks like an impartial investigation, we have no more reason to assume that one set of liars (Biden and his bunch) is any more credible than another set of liars (Russia). In fact, we have less of a reason to trust Biden on this than we do to trust Russia.