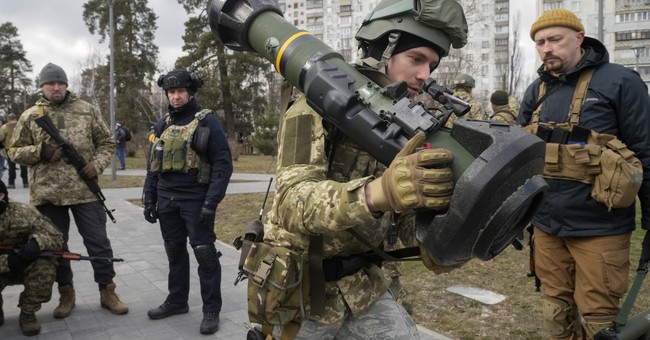 It’s a compelling display of support in a desert of hope: Three prime ministers from European Union countries, themselves threatened by Russia, visit Ukraine’s capital today, even as it remains under active artillery attack.

The three leaders – Polish Prime Minister Mateusz Morawiecki, Petr Fiala of the Czech Republic, and Janez Jansa of Slovenia – will meet with Ukrainian President Volodymyr Zelensky and Prime Minister Denys Shmyhal. It’s an impressive show of support for Ukraine that comes as an estimated three million Ukrainian refugees flee to their and neighboring countries.

In such critical times for the world it is our duty to be where history is forged. Because it’s not about us, but about the future of our children who deserve to live in a world free from tyranny.

Their visit also comes the day before Zelensky is scheduled to give a virtual address to a joint session of the U.S. Congress certain to incite mounting demands for more visible support for the embattled European country that should have lost this war days ago.

The disturbing list of what Biden will not do to help Ukraine keeps growing by the day. He recently nixed Poland’s desire to hand off Soviet-era Mig fighters to next-door Ukraine for fear of Vladimir Putin’s reaction.

The American president also had a busy schedule today. He signed three bills. He released a report hailing his work against COVID, a readout on his latest National Climate Task Force meeting, and promised more data on his supply chain efforts and new pay equity efforts.

The 79-year-old Biden, who sought the demanding presidency despite warnings from his mentor Barack Obama, is in a very tough spot, though he may be oblivious.

Having just demonstrated deadly indecision and poor judgment while botching the troop exit from Afghanistan, America’s longest war, Biden wants nothing to do with any chance of a new military adventure abroad. And many Americans agree with that, saying it’s not their fight to help a distant democracy under attack from a major strategic competitor.

Biden’s domestic support continues to crater over weak leadership at home and abroad while his Democrat Party faces hurricane-like headwinds in November’s midterm elections. Taking on a foreign adventure to help an underdog democracy would not be the first time a U.S. president tried to give his political standing some CPR.

George W. Bush did not seek the 9/11 attack. But his aggressive response to it sent his job approval to the 90 percent region and, even a year later, provided his political party historic gains in congressional midterm elections.

Of course, if France had said the American Revolution was not in its neighborhood when poorly-armed, ragtag revolutionaries took on the vaunted British Army in their 18th-century revolution, the United States would still be a collection of bullied British colonies, an historical event that epoxied a love of underdogs into American hearts.

Joe Biden, to put it kindly, has not been a vision of political courage or strong leadership so far. He’s been indecisive, hesitant, and tardy in foreign affairs, which we detailed here the other day. Russia and China have taken note of the leadership vacuum. Putin began assembling his invasion army on Ukraine’s borders 60 days after Biden took over from Donald Trump. China is now making more noise about taking over Taiwan and North Korea resumed ICBM testing.

When Russia’s Putin, a former KGB colonel, first moved on Ukraine in 2014 to annex Crimea, Obama’s reaction was to impose sanctions and send Ukraine blankets and MREs. Biden’s reaction this time was to threaten more sanctions, which he did not detail but said would be very tough.

Let’s be honest here. Sanctions can sound tough in a photo op. But sanctions, especially if they’re only threatened, don’t do anything about changing bad behaviors whether they’re schoolyard bullies or European dictators. Ask Neville Chamberlain.

For sure, sanctions hurt the people under a bad guy’s rule. But they do not alter his behavior. (See also Iran, Venezuela, North Korea.)

Europe, too, has imposed sanctions under the newly energized leadership of the European Union Commission, which endorsed today’s leadership visits to Kyiv. But it has also shipped armaments and ammunition to Ukraine’s volunteers, to the extent that Putin has declared those movements as legal targets.

Biden dispatched U.S. reinforcements to Poland. And he belatedly sent some weapons, including Stinger and Javelin missiles that have denied airspace control to the far-larger Russian forces and sent countless Russian tanks smoldering to the scrapyard.

Biden’s M.O. is to deny a need, not do anything at first, then under mounting pressures eventually do it anyway, describing it from his notes as real leadership.

Keep an eye on those Polish Migs. Though a former stand-up comedian, Zelensky has turned out to be an inspiring speaker and national leader. When Biden offered him an evacuation flight, he said, “I don’t need a ride. I need ammo.”

Zelensky already roused the British Parliament with his remarks. Now, EU leaders. Another well-received speech to Congress, even via video, could well change Joe Biden’s thinking, such as it is.