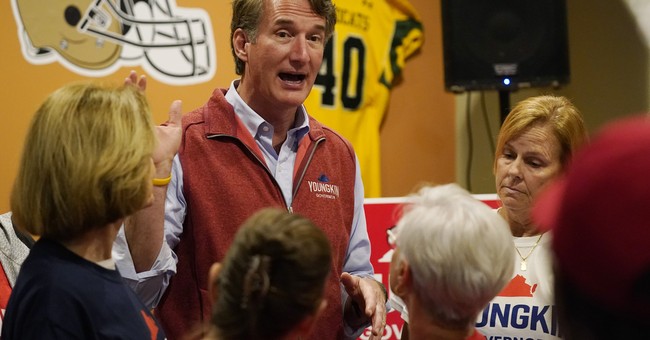 Glenn Youngkin continues his reign of terror in Virginia, at least as described by the leftwing of the state. That includes the new governor removing mandatory masking and banning the teaching of objectively harmful things like Critical Race Theory to grade school children.

In response, Democrats have insisted that Youngkin is highly unpopular, a claim that is not only wrong but completely irrelevant. Virginia is a one-and-done state, which means Youngkin has no reason to care about polls given he can’t run for re-election.

Still, the latest gambit on that front involved a letter that supposedly showed all 133 of the state’s school superintendents in opposition to the governor.

Get ready to have your mind blown, but those claims were fake news. All 133 superintendents did not have a say in the letter. In fact, most of them never even saw it. Instead, the letter was voted on by a 12-panel board stocked with blue-blood liberals. So while the media wanted everyone to believe there was universal opposition to Youngkin’s policies, that was never true.

Honestly, think about how dumb the assertion by the Post and others was. What kind of vapid individual would actually believe that every superintendent in the state, including those in heavily red areas, actually objected to Youngkin’s pushback on Critical Race Theory? You could proclaim water is wet and not get that kind of consensus. Yet, the media ran with those headlines anyway because they are so invested in pretending the new governor is failing.

This offers an important lesson for Republicans, especially in purple states. The media will always lie and distort to try to make it seem like bending the knee is a political necessity. Nothing is be gained by that, though. So far at least, Youngkin has held firm and chosen to remain true to his promises over trying to appease people who are going to hate him no matter what.

As November approaches, you can expect these same tactics to be used against figures like Ron DeSantis (to the extent they haven’t already been used again him). But the path to victory still goes through governing as a conservative. After all, that’s what got these governors and other politicians elected in the first place.

Besides, doing what’s right should always trump political concerns. Even if Youngkin had re-election to worry about, Critical Race Theory is a scourge that should be fought on every front. In Florida, it is the right thing to do to stop the teaching of sexuality and gender ideology to kindergarteners. If that means Republicans end up losing, so be it. But as I said, I do not believe that will be the case.