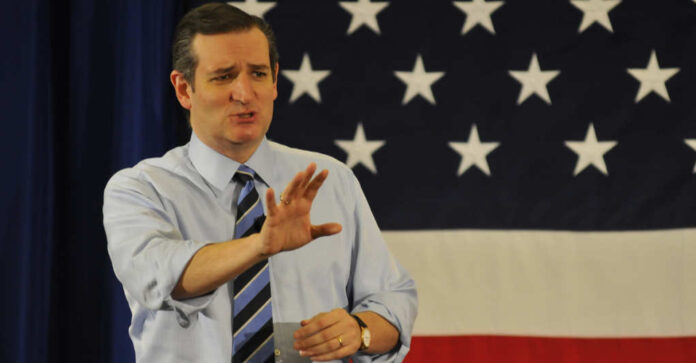 The Republican Party has an opportunity to grill over the fire, the choice that Joe Biden would love to see as the next Supreme Court justice. Biden made his choice not based on qualifications are knowledge of the law and Constitution but rather on the color of the person’s skin. Biden made his choice. Democrats were pressuring him to make a racial statement because his constituents believed a woman of color needed to be on the bench. And in their reasoning, no one in their right mind would contest her on the grounds of them being called a racist.

The Democrats were nasty when Donald Trump nominated Brett Kavanaugh to the Supreme Court. The liberal’s hatred for the man and conservative beliefs turned the confirmation hearings into a political circus. Every Democrat had nasty things to say about the man that honestly had an impeccable past.

Ted Cruz is one Republican that has had it with the circus that the Democrats want to live in. They tend to take every situation and make a big deal out of nothing. The simple things become long-drawn-out battles that should have been done in a short amount of time. And if there are ever any people to hurt, the liberals are quick to dig their nails into their skin.

The Senator pointed out what people should be looking at instead of what they want to see with one statement. The right to sit on the bench of the Supreme Court is not based on the color of skin but instead on the record that the person has in upholding the Constitution.

Cruz is familiar with Biden’s choice for the court because he went to school with her. He took it upon himself to invite her to coffee to catch up and get to know her better before the hearings. But she refused to meet with him.

Cruz is the type of man who realizes one mistaken vote can doom a country to extinction. And to confirm one of Biden’s choices for the Supreme Court would be a suicide move because the woman is not qualified to sit on the bench. She would automatically be the weakest justice the nation has ever seen because she does not have the knowledge or the experience that many others have.

Cruz noted very clearly that “One vote can make the difference between whether our rights are protected or taken away, and so we have a responsibility to do everything we can to shine a light on her record, on her approach, to understand what kind of justice she’d be.”

A justice on the Supreme Court should not cast their vote based on political lines. But that is exactly what Joe Biden is hoping for. He wants his girl on the bench so she will vote in favor of every single Democratic contest and case that comes their way. Biden does not care about whether or not she is qualified. He sees dark color in her skin and an opportunity to go down in history as a president that put a colored lady on the Supreme Court.

Biden made a pointless promise back on his campaign trail that he would put a female-colored judge on the bench. He did not mention anything about qualifications or track record when he made his wishful statement. And when it came time to make his choice, the field of nominees was void of the type of person he was looking for. So, he settled for his choice based on her color instead of her qualifications.

Cruz and the rest of the Republicans will not make the event a circus-like the Democrats love to do. But they grill Biden’s girl over the fire until they can confidently justify voting against her appointment to the Supreme Court.