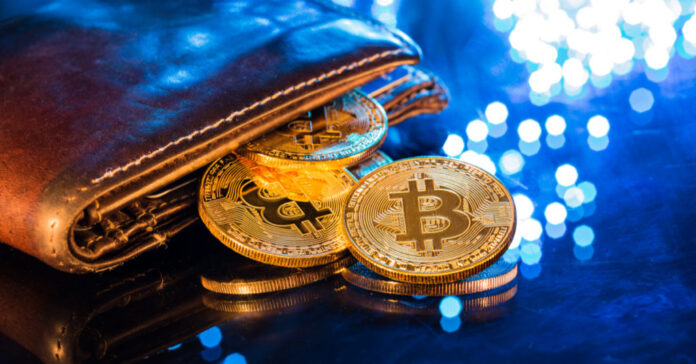 President Joe Biden needs to try to control everything that makes America a great place to live. He wants to control people’s healthcare and make their decisions for them. He wants to regulate personal freedom so much that he would have the right to dictate what kind of masks people can wear in public. But now, he wants to regulate a part of the financial industry that has long been ignored and free to operate on its own.

Biden and his administration claim that the move is necessary to keep Russia from using cryptocurrency to fund its war in Ukraine. Russia can use the currency to stem the effects of sanctions placed on them because they attacked the Ukrainian people. But in Biden fashion, the president stands ready to issue executive orders to fore regulations upon how the currency can be exchanged between two parties.

The Russian people disapprove of the war. But they are the ones that are being affected by the sanctions that have brought the ruble to be worthless. Russia no longer has a functioning stock market because the sanctions are in place. Vladimir Putin has to come to his senses and realize the war is not worth the destruction of his country.

Joe Biden needed the war to justify his move of regulating the currency. People within his administration had admitted that he had planned to regulate the currency before the war began. But in typical Democrat fashion, the old man saw an opportunity to cover his executive order so people would not question the move.

The ones that revealed the truth behind the order were too afraid to speak and had their faces all over the news. The Democratic Party is notorious for taking action against people that reveal its criminal actions. Biden knows that he does not have the authority to regulate currency from the Oval Office. Financial regulation must come through the legislative branch and the lawmakers that sit in elected positions.

Once the order takes effect, Biden’s organizations will be forced to develop policies to mirror the controls he wants. It will also demand that domestic and international regulations meet up, so there is no question or fight about how the currency should be treated.

The cryptocurrency has been around for several years. It has existed behind the financial scenes without much regulation until now. Biden will continue to use the war to cover his drastic grab for power over the digital currency.

Janet Yellen is the Treasury Secretary. She stated, “We will continue to look at how the sanctions work and evaluate whether or not there are liquid leakages and we can address them. I often hear cryptocurrency mentioned, and that is a channel to be watched.”

The president already has his people speaking the cover story so that it can become the reason behind the takeover. One member within Biden’s group also mentioned that they are looking for fake companies coming from Russia that would be used to try and gain access to digital currency. Russia will need to trade and sell the coins to fund their war. At least, that is what Biden would have people believe.

The world wants the war to come to an end. The sanctions against Russia are designed to help that reality come to pass. But as history has proven, there are always other nations willing to transact business with the sanctioned. Iran and Venezuela are living proof that sanctions will have an impact but only on a limited scale.

The war is nasty business, but what is ever more devious is how Joe Biden uses it to grab power and control over American financials. Him Das is the acting director of the Treasury’s Financial Crimes Enforcement Network. Das noted that “Although we have not seen widespread evasion of our sanctions using methods such as cryptocurrency, prompt reporting of suspicious activity contributes to our national security and our efforts to support Ukraine and its people.”