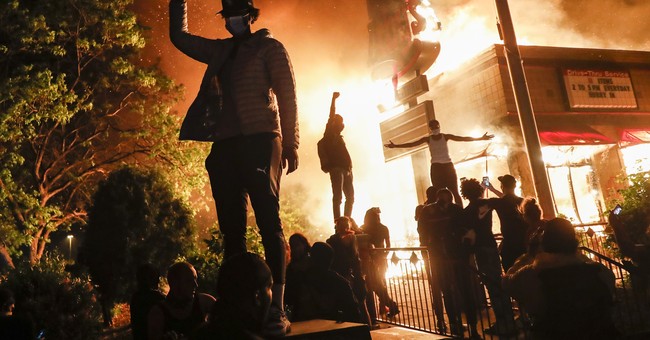 As Americans, we looked with admiration upon Canadian truckers who would protest at risk of jail and freezing of their bank accounts for their right to be free from government dictates against their medical freedom. We look at the Ukrainians fighting for their very lives for their country, with their leader who stayed and asked for ammo rather than getting a ride out to safety for himself. Part of that is the men were told they have to stay, but they also realize they have to, that this is it or they no longer have a country.

America has been a light of freedom for decades to people around the world. But what would most Americans do if faced with a situation like the Ukrainians? Would they stay and fight for their country if we were invaded like Ukraine?

Unfortunately, there’s a shockingly high number of people who say they would not according to a new Quinnipiac poll and it probably isn’t hard to guess their political persuasion. Hint: not Republican and not independent. The age group who would flee is also concerning.

The results make sobering — and often disgraceful — reading. Sixty-eight percent of Republicans said that they would “stay and fight,” with 25 percent indicating that they’d run away. Among independents, those numbers are 57-36. Among Democrats, they’re in negative territory, at 40-52. Among 50- to 64-year-old men and women, the stay/leave numbers are 66/28. Among 18- to 34-year-olds, they are 45/48. Or, to put it another way: A majority of the prime-aged Americans whom the United States would need were such a crisis to arise imagine that they would flee if that crisis ever came.

So not only would most Democrats run — 52 percent — most of the folks who are of the age to fight — 18-34 — would also flee. This isn’t a fight in a foreign land, this is if there’s a straight-up attack on America.

Disgraceful is right, and more than a little concerning. Now, a majority — 55 to 38 percent — did say they would stay and fight, saved by the Republicans and independents. But I think of this as opposed to the response to Pearl Harbor being attacked. Everyone wanted to volunteer, people even lied about their ages to go to defend the country. No one would have thought of saying no. What a different and sorry time this is now.

What’s the rationale for this? I can, of course, only speculate since I’m not in the people’s heads. But folks on the left have been so indoctrinated when it comes to the United States, many of them believe America is evil. That’s the result of years of indoctrination in our schools and universities to turn students away from the country. That used to be restricted to the universities. In more recent years, it has now spilled over into the greater society, we see that as an essential part of the “woke” doctrine that the left preaches which is now far beyond the universities.

How did the big three networks handle this poll? As Newsbusters notes, most spiked it and didn’t even cover it, probably because it reflected so badly on Democrats.

Instead of reporting on their liberal ilk admitting they’d give up America, ABC’s World News Tonight spent part of their Monday newscast talking about a snowy weather forecast for the northeast. Yet, in their Tuesday show, correspondent Rebecca Jarvis reported on a different finding from that same “Quinnipiac poll showing 71 percent of Americans support banning Russian oil, even if it means higher prices here at the pump.”

On Tuesday’s CBS Evening News, they were too busy spreading misinformation about Florida’s parental rights legislation and touting a teacher’s strike in Minneapolis.

As for NBC Nightly News, they whined about Florida’s surgeon general recommending kids not get vaccinated on Monday. And continued their crusade against a Texas school district they’ve been stalking since 2018 with accusations of racism and bigotry, on Tuesday.

But this also shows a deeper crisis of faith in the Democratic Party. The Democratic Party used to be the party of JFK, the party that believed in the U.S. and believed all those basic concepts about America that the Republicans still believe in. Now it’s people like Rep. Alexandria Ocasio-Cortez (D-NY) who attack the very basis on which we were founded unless it serves her purposes.

We need a recalibration quickly as a society to deal with this and we needed it yesterday. We have many now awake and fighting the “woke” effort. But we’re already decades late because the indoctrination has been going on for a long time.