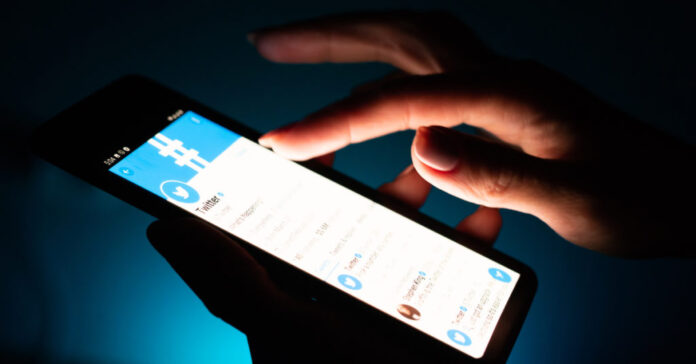 Democrats and Republicans alike have to pay attention to social media. Those who are actively running for a position need to be particularly cautious of what they post.

Sarcasm is rarely captured in a Facebook post or a tweet. Intonation doesn’t translate when it’s being limited by so few characters. And yet, there are Democrats who risk everything just to make a joke.

Ryan Ryder had to learn this the hard way. The Democratic candidate thought it would be a good idea to run for a House seat. The South Dakota liberal has been actively targeting the seat currently held by Republican Dusty Johnson.

Ryder’s tweets are what stands between him and victory – well, that and his complete inability to function as a politician.

Even the most liberal of politicians know that what they tweet can come back to haunt them. And Ryder learned the hard way because his campaign has crashed and burned before it even got started.

The tweets are troubling to say the very least.

One tweet had to do with the January 6 riots. He actually had the nerve to say that he wished that the rioters had gotten their hands on Rep. Johnson – his competition.

Another tweet thought that it might be fun to create an animated video where Johnson’s family was killed.

He clearly has it out for Johnson – and that’s not something that he should be musing about. It could likely hold up in a court of law as premeditated murder if something bad were to ever happen to Dusty Johnson. Meanwhile, Ryder is also saying that he isn’t capable of beating Johnson for the House seat in a battle of wit. Ryder sees it as the only way for him to get elected is if Johnson dies.

There’s really no way for the Democratic Party to recover from this. Ryan Ryder cannot show up on ballots after all that he’s tweeted.

Well, thank goodness for small miracles. Ryder issued an apology while dropping out of the race for the congressional seat. He referred to his tweets as a “poor attempt at sarcastic humor.”

His humor was not appreciated – and there was no way that he was going to get far into the campaign trail with the two-faced approach he was taking.

As Dan Lederman, the South Dakota Republican Party Chair said, Ryder needed to “figure out which of his faces he’s going to be talking out of.” After all, Ryder was once the candidate who said that he wasn’t “interested in personal attacks or mudslinging.”

Now that Ryder has officially dropped from the race, it looks like Johnson has a clear path to victory. As for any other Democrats, whether they be from South Dakota or anywhere else, they should use what has happened as a lesson. What is said on Twitter can and will come back to bite you…