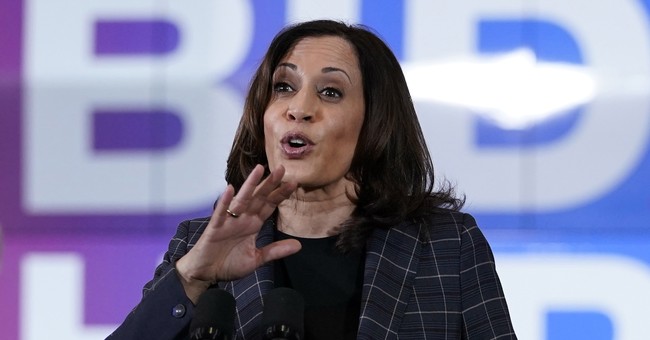 We talk about the damage that Joe Biden and Kamala Harris have done to the country with their incoherence, and bad policies that keep driving the country further left.

But they like to pretend that they somehow are so embraced by the world, that they bring some kind of “change” and “respect” when indeed, what they bring is weakness, not only to this country but to the free world that has depended on the leadership of the United States for so many years. It’s not only Americans who see that weakness and the incoherence, but the rest of the world sees it as well.

Kamala Harris did a press conference with the Polish president Thursday in Poland, in which she was asked what the United States would be doing to help out with the Ukrainian refugees fleeing the war-torn country. She then cackled, as though that was the funniest thing ever, then sort of mocked Ukraine by declaring “a friend in need is a friend indeed,” and passed the question off to the Polish president who doesn’t speak for the U.S. But apparently, neither does Harris; she just deflects.

But the former press secretary for Ukrainian President Volodymyr Zelensky saw Harris’ press conference and said on Twitter-probably-what a lot of people are thinking, “It would be a tragedy if this woman won the presidency,’ Iuliia Mendel, who served in Zelensky’s administration from June 2019 until July 2021, wrote before deleting the post.

Nothing about this was funny. Mendel and other Ukrainians know that first-hand. Harris also seemed to not even know where she was, making a word salad and confusing which “flank” she was on, as she said the north, and then corrected it to the east. The problem is this isn’t the first time, and when she’s thrown out on the world stage, it magnifies all her issues. Then that makes everyone doubt the U.S., with someone like that in such a high position.

As Fox’s Trey Yingst explained, while Harris was playing political speak and laughing during the press conference, air raid sirens were going off in Kyiv.

“The Ukrainian people don’t need that. They need anti-tank missiles. They need anti-aircraft batteries. I mean, we heard all of this talk that you hear out of Washington about cooperation and friendship and to be nimble and swift in the response and understanding and appreciating. There are people dying as we speak on the ground in Ukraine.”

Mendel’s reaction wasn’t the only bad reaction to the Biden team over the past day. Zelensky didn’t take the Biden team’s confusion over the Polish MIG 29s well -after they first said it was a done deal, and then definitely said it wasn’t going ahead. That left him twisting in the wind, and made the U.S. and Poland look silly. Plus, it telegraphed the whole issue to the Russians. Zelensky was completely exasperated over it, when he was begging for whatever help he can get and he seemingly took a swipe at Biden.

“Together we must return courage to some Western leaders,” Zelensky said in a Wednesday night address.

“So that they finally do what they had to do on the first day of the invasion. Either close the Ukrainian sky from Russian missiles and bombs, or give us fighter jets so that we can do everything ourselves,” he fumed.

Ukraine doesn’t have time for the cackling and the confusion, when they’re under the gun.