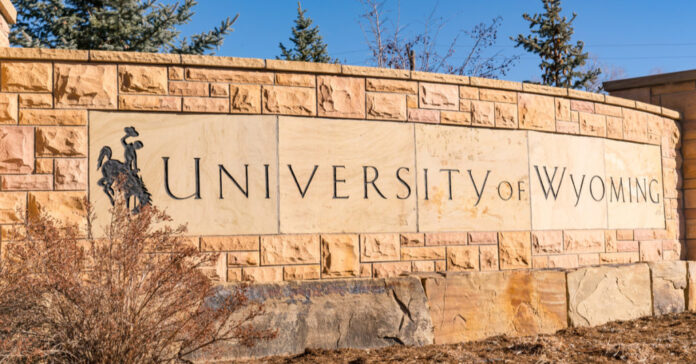 The Democrats are furious now that people are fighting back against the horrible policies and educational methods they have tried to pass off. The higher education centers across the country are controlled by demonic liberals trying to be caring and considerate of people. But what happened at the University of Wyoming was largely unknown until the Wyoming State Senate decided to fight back.

The university thought it was good to set up a Gender and Women’s Studies program. The Daily Wire found on the school’s page that “A minor or degree in Gender & Women’s Studies or Queer Studies will arm you with critical thinking and applied skills that will enable you to succeed in diverse, 21st-century workforces and communities. You will learn how to analyze socio-historical and contemporary power dynamics across rural, local, community, transnational, and global contexts, articulate the history, strategies, and goals of interconnected movements for social justice, perform and develop intersectional, interdisciplinary feminist, and queer analysis.”

In another language, they will educate people and everyone and change their minds that certain societal things are acceptable when they are against the natural order of things. The state Senate is looking to defund the program and keep the school from passing around their poisonous teachings.

The Senate moved to amend its budget so that the program could not be included in the funding. The people of Wyoming deserve a better education than having to put up with a bunch of rhetoric on how to relate to certain people. The program alone assumes that those who engage in unnatural actions are a different breed of human, which is not the case. They want to do things that are liberal and demonic.

Senator Cheri Steinmetz is a Republican who authored the bill to defund the school’s program. She made the case as she points out that “Fellow senators, this just says that we are not going to expend any funds at the University of Wyoming under the university’s control for any gender studies courses, academic programs, or co-curricular programs or extracurricular programs.”

The Democrats have brainwashed enough people into thinking that education is the way to tolerance. But when things go against nature, no amount of education will make it somehow acceptable. It is simply a waste of money to try to come up with a pointless curriculum at best.

The liberals want to waste tons of money on a program that they see will further the brainwashing effect. People do not need to be treated differently in the workplace, and there are already laws that speak to that fact. But for an educational center to offer courses on how to cater to people of a particular unnatural lifestyle begs favoritism which will violate established law.

The senator is correct that the funds could be used better elsewhere. The Democrats are all about wasting time and resources to pass laws and legislation that mean absolutely nothing to the rest of the country. All they are teaching the students is how to favor people who are liberal in their thinking. There is nothing good that is going to come out of the program that was being offered at the university.

A Republican authored the bill, so, naturally, it will come under attack by liberal-loving Democrats. They will claim it is somehow racist, like everything they disagree with. But the facts remain that the program is a waste of resources that could be used to offer other programs in other fields of study that would make a difference in making America great or helping students advance in their careers.

Joe Biden and his mafia Democrats want to control the minds of the youth. They offer courses designed to force people into a liberal mold of thinking. They try to brainwash them into thinking that everything they have been taught is a big lie and that whatever the Democrats teach is the truth. But the opposite is true in that the liberals teach lies and subvert the truth to meet up with their evil plans.