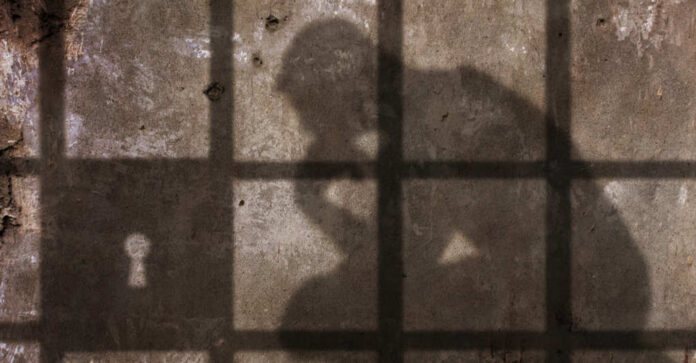 American citizens have specific rights not found anywhere else in the world. When a person is arrested, they are to be charged immediately and appear before a judge without delay. But for, Lucas Denney, who has been in federal custody for months, has yet to be charged with any crime or stand before any judge. He is being held in prison, long overdue for his time in court.

The man’s lawyer was sought his release, which has only brought federal attention to Denney. The Democrats secretly want to make a public example of him for his role in the Capital City protests. The Biden administration has neglected the Preliminary Hearing, which is something guaranteed by the Constitution. And he has not stood before the grand jury, which is supposed to happen within 30 days of a person’s arrest.

The Department of Justice has stated that Denney has been charged with several felonies and several misdemeanors. Denney was arrested late in 2021 and has yet to appear before any judge or jury. He sits in prison rotting away because the Democrats do not need to make an issue out of the protests. They want to wait until the issue serves their purposes politically.

The legal process is complicated, but many things must occur in rapid succession. Denney should have already appeared before a judge. And even if he was arrested outside of the district where the crime supposedly occurred, the accused is to be taken to a magistrate for his initial appearance. But the Democrats took the man, put him in prison, and disposed of the key.

It does not matter what scenario plays out in the person’s arrest. The common factor is speed. Denney should have already had all of the preliminary stages of his arrest done, and he should be well on his way to developing his defense.

RedState reports that “A Preliminary Hearing tests whether the government has probable cause to support the criminal charge against the person in the first place. It is a procedural requirement to prevent the government from arresting and holding people based on insufficient evidence or on no charge at all. It generally applies to all cases where the defendant hasn’t yet been indicted by a grand jury. Rule 5.1 lists the exceptions where a Preliminary hearing is not required, and none of those exceptions applies to Denney.”

Denney supposedly appeared before a judge in Texas who thought that the Preliminary Hearing would take place in two weeks. But there was some concern that Denney would be thrown in prison and forgotten about by the Democrats, precisely what has taken place.

RedState also noted that “The magistrate was wise to be concerned because Denney spent the next 46 days in the federal prison system being ‘transported’ to DC by the Marshal’s Service. On January 31, 2022, federal prosecutors handling the DC cases were notified that Denney had arrived in the DC federal district, after spending six weeks ‘in transport’ from Texas.”

The worthless liberals left the man to rot in prison for nearly two months before moving to Washington, where he now sits still waiting for that first appearance. Biden and his legal department have violated the Speedy Trial Act, and they know it.

They want to keep Denney in their custody as long as they can with the hopes that they can use the January 6 protests in their favor for when the midterm elections begin. They need to have these issues ready to go to sway voters with misinformation. And the entire time, Denney is the one that is wasting away in prison for crimes that have been drummed up by a political party determined to destroy America.

The Constitution keeps people from going through horrible situations that seem to occur worldwide. People are known to sit in prison for years in China before ever being addressed. But now it seems that Biden has somehow found a way to bring that tyranny to the shores of America.