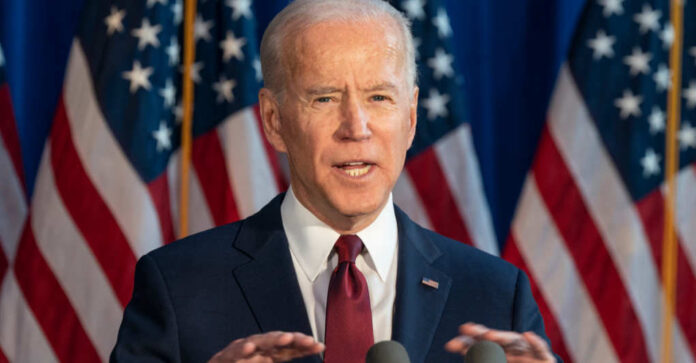 Biden has spoken heavily of unity – though it continues to fall on deaf ears, particularly from his own party. The only way that the country is going to unite is if both parties can come together and agree on the direction in which the country needs to head.

There’s a problem, though. Democrats, and more specifically, far-left-leaning Democrats, don’t want anything to do with democracy and capitalism. They want to shift toward socialism, and they’ll do everything they can to make that happen. If they have to drag Biden kicking and screaming toward the brink of socialism, they’ll do it with smiles on their faces.

President Biden hasn’t done much to deliver on his promise of unity. During his inaugural speech, unity was the predominant theme. He proclaimed, “We can join forces, stop the shouting and lower the temperature. For without unity there is no peace, only bitterness, and fury. No progress, only exhausting outrage. No nation, only a state of chaos. This is our historic moment of crisis and challenge, and unity is the path forward.”

There’s just one problem. He forgot to check with his party to see if they were all on board. And when they proved that they weren’t on board, he did nothing to quiet them.

Salon, a politically progressive news site that launched in 1995, recently published a piece that explains why unity is not going to happen – and why all that Biden has promised is a lie.

“Dear Joe Biden: We don’t want ‘unity’ with fascists – that’s why Democrats lose.” That was the title of their piece, written by senior political writer Chauncey DeVega. It says everything we need to know about how progressive Democrats view the country, the Biden presidency, and how they want to see the federal government shift.

What’s funny is that it’s a lot like calling the kettle black at this point. Fascism is defined as an authoritarian rule where there is a dictator and forcible suppression of opposition.

Isn’t that the very definition of the Biden administration at this point? After all, the man has refused to work with Congress on many issues. He’s simply picked up his pen to write executive orders. And the liberals have continuously pushed Big Tech to censor anyone with a conservative viewpoint – which sounds a whole lot like forcible suppression of opposition.

Still, DeVega doesn’t want to be called a fascist. Instead, he’d rather do the finger-pointing at the other side of the political aisle.

According to DeVega, Biden was the “best option” for the Democrats to defeat Donald Trump. However, he’s still viewed as a temporary solution. Apparently, that was just so that they could buy enough time before reaching their full goal: “to organize a defense of American democracy against the neofascist assault.”

And why is Biden incapable of leading the charge? Well, DeVega criticizes Biden by saying that he’s “temperamentally unable to do what is necessary to stop the Republican fascists’ attempt(s) to end multiracial democracy.”

That’s where DeVega has it all wrong. He’s allowed the liberal narrative to blur his understanding of what’s going on. He believes that Republicans want to end multiracial democracy.

There’s no racism in politics. If there were, we wouldn’t have Black, Hispanic, and Asian people in major political offices on every level.

Republicans simply want to work toward what is best for the country. Instead, we’re fighting tooth and nail to hold onto democracy. We’re being silenced. We’re being shut out of social media platforms. And we’re being attacked, sometimes violently, by the far-right who don’t even want unity.

And if there’s one thing that DeVega has right is his low opinion of Biden. After all, he’s right in the fact that Biden is “temperamentally unable” to do anything. He most certainly can’t bring unity to the country. To do that, he’d have to lock up the far-left progressives for being traitors to the very democracy of the U.S.