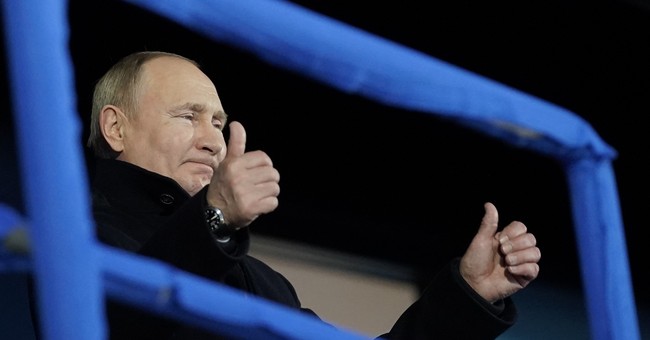 On Saturday, Russian Foreign Minister Sergei Lavrov said that Russian cooperation in brokering a new Iran Nuclear Deal was linked to removing sanctions imposed on Russia since its unprovoked invasion of Ukraine.

Russia said on Saturday that Western sanctions imposed over the conflict in Ukraine had become a stumbling block for the Iran nuclear deal, warning that West that Russian national interests would have to be taken into account.
…
But Russian Foreign Minister Sergei Lavrov said the sanctions on Russia had created a “problem” from Moscow’s perspective.

“It would have all been fine, but that avalanche of aggressive sanctions that have erupted from the West – and which I understand has not yet stopped – demand additional understanding by lawyers above all,” Lavrov said.

Lavrov said Russia wanted a written guarantee from the United States that Russia’s trade, investment and military-technical cooperation with Iran would not be hindered in any way by the sanctions.

“We want an answer – a very clear answer – we need a guarantee that these sanctions will not in any way touch the regime of trade-economic and investment relations which is laid down in the Joint Comprehensive Plan of Action,” Lavrov said.

Just as in the initial Iran Nuclear Deal, the Biden junta negotiating Iran’s pathway to a nuclear weapon is using Russia as an interlocutor with Iran. This is presumably because we and Iran both trust Russia to be an honest broker (yes, I am laughing). Why they think that to be the case is easy to explain, they are inbreds and idiots who think the safety of our nation is nothing more than a rousing round of Diplomacy.

In fact, on the day that Russia kicked off its attack on Ukraine, the State Department declared that yes, Russia was a pariah, but they’d continue working with them on areas of mutual concern.

With Lavrov’s declaration, it is clear that Putin foreshadowed what was coming in his speech yesterday (see Vladimir Putin Makes Bizarre and Desperate Appeal for ‘Normalized Relations’ and the End of Sanctions).

“There is no need to escalate the situation, impose restrictions. We fulfill all obligations,” he said. “If someone does not want to cooperate with us within the framework of single cooperation, and by doing so harms themselves, they will, of course, harm us, too.”

Note that all along, the Biden junta has been lagging in imposing meaningful sanctions and actions. It took Germany (of all people) and Poland to take the lead in sending arms to Ukraine. Biden refused to remove some Russian banks from the SWIFT network and sent out minions to blame European nations who were in the process of doing just that (read We’ve Hit Rock Bottom as Germany, Italy, and the EU Bypass Biden and Take Leadership Roles in Ukraine Crisis). It was days after Europe acted that Biden closed US airspace to Russian commercial flights. All throughout this, Biden has had to be dragged kicking and screaming into any action that might offend Putin.

It would not be a shock, given the behavior of Biden and his entourage, to wake up tomorrow and find that Biden has lifted sanctions on Russia because I think he and his State Department are so obsessed with a new Iran Nuclear Deal that they’d willingly sandbag our European allies to make that happen. In fact, betraying allies for a transient political goal is so on-brand for Biden, particularly after what we saw in Afghanistan, that it doesn’t take any imagination at all to see it happening.

If you think this is farfetched, just remember the immortal words of Barack Hussein Obama, “Don’t underestimate Joe’s ability to f*** things up.”