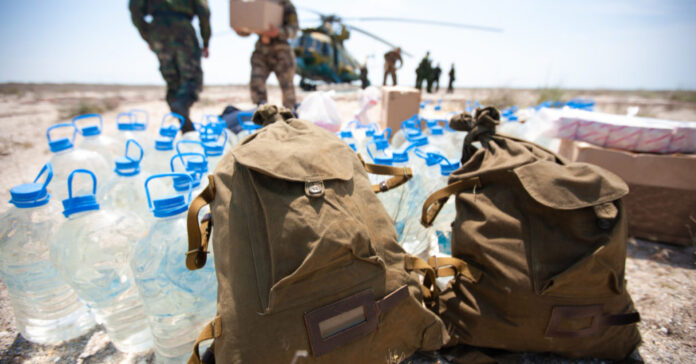 There’s no telling what will happen with Russia and Ukraine right now. There’s only one thing we know for certain – the people in Ukraine need our help. They’ve been attacked from all sides. They have nowhere to run. And, they’re seeing unthinkable damage to their country and to their livelihoods.

Ukraine is our ally – and the entire world is looking to see how we treat our ally. Admittedly, we haven’t treated some of our allies well since Biden took office. *cough* Afghanistan *cough*

Since 2014 when Russia took the Crimean region from Ukraine, the U.S. has offered aid that adds up to close to $405 million. It’s time that we do more – they need humanitarian aid now more than ever.

U.S. Secretary of State Antony Blinken has confirmed that the U.S. will be sending $54 million to support “ordinary Ukrainians.” What does this mean? It means that the everyday Ukrainians that have been displaced due to the Russian invasion that has taken place will be the ones receiving the money.

Hundreds of thousands of refugees have fled the country due to their homes being destroyed as well as to avoid the acts of war being seen throughout the country.

Blinken explained in a press release that “our partnership with the people of Ukraine is steadfast and enduring, and we are focused on Ukraine’s urgent humanitarian need as an important part of our response to Russia’s premeditated, unprovoked, and unjustified attack.”

The money will go through various humanitarian organizations to make sure that the aid is given to those who need it the most. The assistance will be delivered with “impartiality, humanity, neutrality, and independence” according to Blinken. The organizations will use the money for such things as emergency health care, shelter, food, and drinking water. It will also help to ensure that humanitarian organizations maintain contact between those who have been separated so that reunification can take place.

Money isn’t the only thing we’re providing to Ukraine, either. Beyond $54 million, thousands of troops have been deployed to NATO member nations as part of the Response Force that NATO has activated. Many are on standby, as well. We’re in Estonia, Latvia, Romania, Poland, and even Germany so that we can fight as Russia continues to expand its efforts.

As the invasion continues to evolve, the U.S. many provide support in many other ways, too. There is no telling how many troops may be needed for the NATO Response Force – those there are 7500 already assigned and another 12,000 on heightened alert.

At this point, we can only hope that the U.S. will continue to do its due diligence by being a strong ally. Ukraine is falling – and we cannot allow Russia to gain a stronghold as there’s no telling what former Soviet countries they would try for next.

There are new developments each and every day. Biden has shown off his weakness, but we have not abandoned Ukraine.

$54 million is a small price to pay – and more countries will be offering additional humanitarian aid. It’s the only thing that can be done so that Ukraine has a chance of holding its own.