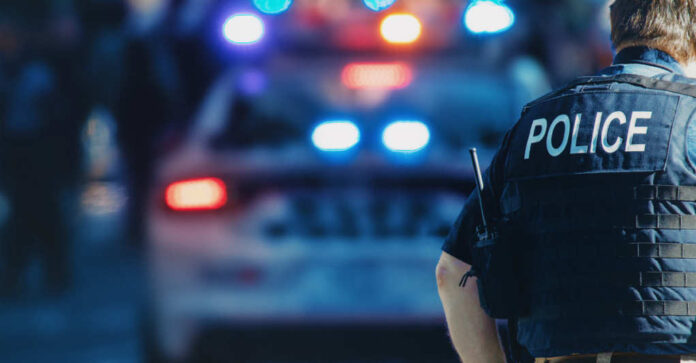 If we listen to the far left long enough, we are meant to believe that law enforcement needs to be banned. As people call for the defunding of police departments, we hear about such things as police brutality and targeting people based on the color of their skin instead of the crimes that they commit.

There’s a reason we have the police. It’s to keep the streets safe. Without the police, we would have criminals doing whatever they please. There would be no deterrent to prevent murders, sexual assaults, break-ins, and more. And in some liberal cities, we’re seeing crime rates skyrocket because of this.

Every now and then, we need to hear a story about what the police do right.

In Tavares, Florida, a woman by the name of Britney Ochoa decided to check on her infant son before going to bed. The child has his breathing monitored by a special machine. The machine started beeping and the mother called 911. The operator talked to her about infant CPR until officer Teddy Pearl was able to arrive on the scene to take over.

Pearl was successfully able to open the airway before the paramedics arrived.

Officer Pearl was a hero – and he even went to visit the infant in the hospital. He has kept in touch with the Ochoa family.

His comment to WOFL, a local station, was “It’s just a genuine care…you know, you have these interactions, you build these relationships, and you care.”

It’s people like Pearl that show that the country does not need to be defunding the police. While there are some bad seeds here and there, most genuinely care about the communities that they serve. They have sworn to serve and protect the people – and that’s what they do. It’s not about skin color. It’s not about poverty. It’s about doing the right thing.

If everyone in the country would give the police a chance, they’d find that there are a lot of heroes out there.