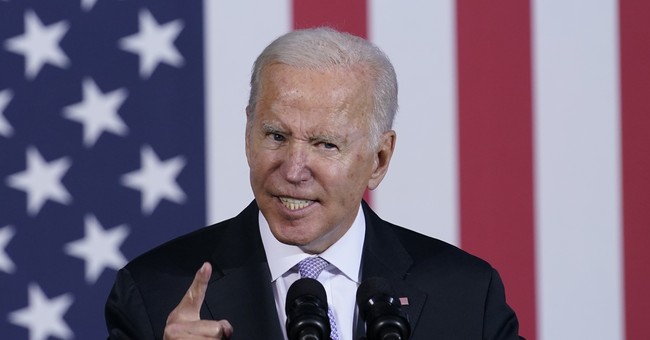 In the immediate aftermath of the Capitol riot, it became very clear that the mainstream media and Democrats were going to milk the incident for all it was worth. Initial reports talked of Capitol police officers being “murdered” by Trump-supporting rioters as they broke through glass doorways and breached the Capitol building. It was those early false stories that were in part used by Democrats to make their impeachment “case” against then-President Donald Trump.

Within a few days, that narrative along with others began to implode. But it took a few weeks before we saw the first major signs that the media was trying to correct itself. “News” outlets like the New York Times took to quietly updating their original reporting to reflect the fact that Officer Brian Sicknick was not beaten to death as had been originally and widely reported. Through the D.C. medical examiner, we learned in April 2021 that Sicknick died on January 7, 2021, the day after the Capitol riot, due to natural causes brought on by two strokes.

Four other officers, sadly, took their own lives in the weeks and months after the riot.

Unfortunately, the deaths of Sicknick and the four officers who committed suicide have been despicably used by the left and the media as political footballs against Republicans including those in Congress who raised objections to the 2020 election results, with the Usual Suspects accusing prominent Republicans like Sens. Ted Cruz and Josh Hawley of “aiding and abetting” the “murders” of the officers.

We’ve seen numerous members of the Biden administration partake in this vicious lie, from President Biden on down. But because supposed “fact-checkers” feel their job is to carry water for Democrats rather than hold them accountable for their whoppers, the lie has persisted, with Ash Wednesday being the most recent instance of Biden making the claim.

It happened during a speech he was giving in Wisconsin to tout his Build Back Better agenda and the infrastructure law. At one point, it appears Biden went off script, and began talking about “unity” and whatnot and what was going on with Russia. Sprinkled into his comments were veiled references to January 6th:

Again, we’re not perfect — we’re not even close — but we never have walked away. And Vladimir Putin was counting on being able to split up the United States.

Look, how would you feel if you saw crowds storm and break down the doors of the British Parliament, kill five cops, injure 145 — or the German Bundestag or the Italian Parliament? I think you’d wonder.

Well, that’s what the rest of the world saw. It’s not who we are. And now, we’re proving, under pressure, that we are not that country. We’re united.

Now, in cases where a Republican makes a claim about January 6th that is either questionable or not true, “fact-checkers” like Daniel Dale and Glenn Kessler rush to the scene like firefighters to a four-alarm blaze to “correct the record.” But when Joe Biden, Jen Psaki, and other high-level Democrats push this particular one about five officers “losing their lives” during the Capitol riot, the same “fact-checkers” go into hiding.

For those who wonder “why is that?” The answer is simple: The media and Democrats want to keep this false narrative alive going into the 2022 midterms and beyond because they think it gives them an advantage with voters who they hope will hold Republicans guilty by association for what happened at the Capitol riot which, while bad in and of itself, was not the scene of where five officers were “murdered.”

Only one person was killed that day – Trump supporter Ashli Babbit, who was shot dead by a Capitol police officer as she tried to enter through of the doors that had been kicked in by another rioter. Strangely, her death is never counted nor mentioned by Biden, Psaki, and all the rest, perhaps because they have nothing to gain politically by mentioning her death.

The Capitol riot should have never happened. It’s a stain on our nation’s history that won’t be forgotten. The deaths of Babbit, Sicknick, and the other officers were an absolute tragedy in their own right. That Democrats and the media have stooped so low as to politicize the deaths of the officers by continuing to falsely claim they were “killed” or “murdered” on the day of the riot just shows how low they’re willing to stoop to get ahead, with reporters and “fact-checkers” cheering them along on the sidelines.

It’s the “by any means necessary” approach – 2022 edition. Absolutely craven and desperate. But it’s just who they are.

Flashback: Mo Brooks Is Smeared With Something He *Didn’t* Say About Capitol Riot as Dangerous Conflation Is Made