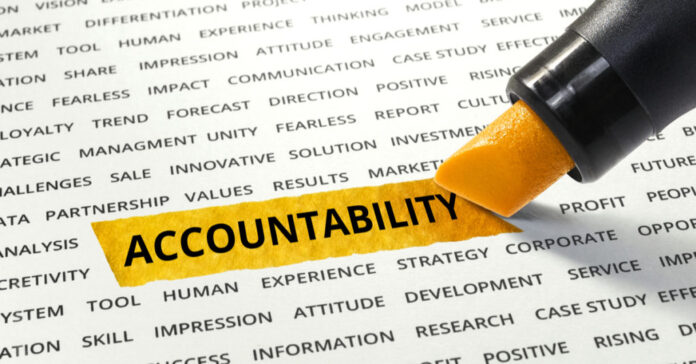 There are a number of people raising questions about what the government could and should look like after the COVID-19 pandemic is behind us. What differences will be made because of the things we have learned and what changes will be made because of the mistakes we’ve uncovered? Another question being asked is if Congress will hold hearings in the future to make sure that government officials who failed during the crisis have been held accountable.

Will there be any probe into the way the Centers for Disease Control and Prevention and the Food and Drug Administration have maneuvered during the last two years? Will someone be looking into the decisions made in the White House and calling for a response?

It is clear that the lockdown policies from the federal government were not designed in a way that was both effective and cost-efficient. It took far too long for the CDC to detect the presence of the virus in America. The CDC continually gave confusing information in its messaging and changed guidance for people to follow.

Some people want to know if steps are being taken to hold the CDC accountable and also to make sure policies are in place if we ever face such a crisis again.

There are even more questions facing the Federal Drug Administration and the way that they handled the COVID-19 pandemic. Why is there little or no talk at the federal level about who should be facing consequences for the FDA’s sluggish approvals for the testing of the COVID-19 virus?

Usually, money gets people’s attention and causes those critical of government spending to rally protests. But is anyone going to address the massive spending in the government that continued way past the end of 2020? The Federal Reserve does not seem to be facing any accountability at the end of this crisis and nobody in the present administration seems to be talking about their failure to prepare for the highest inflation in years. Veronique de Rugy recently wrote an article for “Town Hall.” She reminded her readers that no one from Biden’s administration was fired after the failed exit from Afghanistan. The same was true after we found out a drone killed 12 innocent people by mistake. Rugy also noted that no one is losing their jobs as we continue to see blunders on the southern border.

Regarding what might take place at the end of the COVID-19 crisis, Rugy writes, “More depressing yet is the fact that even if hearings were held and a consensus was reached over major mistakes, it would likely change nothing. After testifying in dozens of government oversight hearings on Capitol Hill, it seems to me that most are merely exercises designed to generate media coverage.”

She describes past problems that are wasteful still being funded with no changes taking place.

The worst part of Rugy’s reporting has to do with the Government Accountability Office. They put together a report every few years that gives details about waste and overpayments. It seems that the same names appear over and over again and there is very little done to those who are called out.

Rochelle Walensky, the director of the CDC, was recently questioned by members of the House’s Energy and Commerce Subcommittee on Oversight and Investigations. They focused on the agency continuing to have children wearing masks in school. Everyone involved in the questioning seemed to feel uneasy about the mask mandates for school children. They talked about the studies that have been done that went against the mandates. And they looked at many other countries that lifted the mandates for children.

Walensky responded by talking about the limitations of wearing masks, but she did not change anything about the guidance they were giving.

Will anyone be going through all that we have seen with a fine-tooth comb? Will any significant changes come? If history is any indication, probably not.