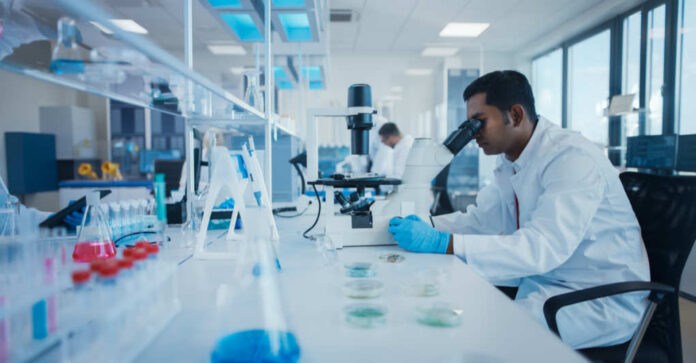 Since COVID emerged from Wuhan China in late 2019 – early 2020 it was seen as a one-off case. Then suddenly in early 2020, it exploded as it leaked out of Asia as a continent. Suddenly people across the globe were dropping like flies. We now had a global pandemic on our hands. Then-President Trump took this unprecedented challenge like a champ and made executive decisions about closing borders to countries, and keeping those potentially infracted from reaching our shores.

While many of these decisions were largely unpopular, his condemnation of Wuhan and their research labs seems to be spot-on accurate – defying all the skeptics and the liberal mainstream media. Now a report in the British publication Daily Telegraph all but confirms those suspicions. Speaking with former British army officer Hamish de Bretton-Gordon his words are incredible.

“I think the official view [within Government] is that it is as likely as anything else to have caused the pandemic. A lot of people like myself think it is more likely. I think attitudes have changed a little bit. There is a huge amount of concern about coming out publicly, but behind closed doors, most people think it’s a lab leak. And they are coming round to the fact that even if they don’t agree with that, they must accept it’s likely, and they must make sure the policies are in place to stop it.”

This stance is one many in America have taken too. Given its transmission rate, how it’s transmitted, and the mortality of the virus, it would only make sense. Additionally, when you consider the fact that labs had been working on coronavirus variants for vaccines despite previous outbreaks being minor and short-lived, this looks like it was something that just escaped by accident.

A previous letter has stated the exact opposite information, and even shun people for believing this was a lab-created virus. One was published in the English medical journal The Lancet was signed off on by 27 scientists and was organized by Dr. Peter Daszak. This letter was filled with condemnation of anyone who believed in the ‘conspiracy theories’ of this being lab-created. Granted, it was also quickly discovered that Dr. Daszak served as the President of the US-based EcoHealth Alliance.

This same organization was funded heavily by Dr. Fauci’s National Institute of Health, and they in turn funded research at the very Wuhan Institute of Virology that COVID is thought to have escaped from. Despite Dr. Daszak’s best efforts, it was easy to see that he was trying to hide his connections, and the trail would stop there in his mind. Unfortunately, that was not the case.

Not only the American people, but the world deserves the truth in this matter. There may not be a great excuse for allowing a leak like this to happen. Especially when it happens without some sort of response that would end it quickly. Previously Republicans in the House of Representatives did their research and discovered evidence that this was a lab leak as well. Something that many in the mainstream media pushed off as President Trump had said the same thing, and in their eyes, he could never be right.

People like Colonel De Bretton-Gordon, who formerly served as the commander of Britain’s Joint Chemical, Biological, Radiological and Nuclear Regiment have seen enough and now not only have solutions but are worried as well. “If you’d had detectors at stations and airports in Wuhan, you could have prevented about four million journeys in that first week. With that kind of system, you could stop a lab leak turning into an epidemic, turning into a pandemic…My big concern is that next time it might not be an accident, because it’s easy to do. If you had no morals and no scruples, why not infect your enemy?”