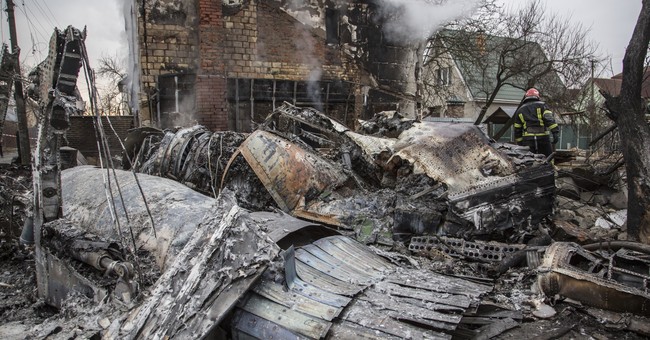 On Wednesday, Russian troops seized control of the Ukrainian city of Kherson.

As the war in Ukraine pushed into its seventh day on Wednesday, Russian forces captured the strategically important hub of Kherson, Ukrainian officials said, making it the first major city to be overcome by President Vladimir V. Putin’s forces since the invasion began last Thursday.

Russian forces had encircled the city, said Igor Kolykhaev, Kherson’s mayor, and after days of intense fighting, Ukrainian forces retreated toward the nearby city of Mykolaiv.

“There is no Ukrainian Army here,” he said in an interview. “The city is surrounded.” Just hours earlier, Ukrainian officials had said that the municipal government was still in place, and the mayor had said Kherson was “waiting for a miracle.”

About 10 armed Russian officers, including the Russian commander, had entered city hall, Mr. Kolykhaev said, and had plans to establish a Russian administrative center there.

The fall of Kherson — a city of 300,000 people, northwest of the Crimean peninsula — is strategically significant because it would allow the Russians to control more of Ukraine’s southern coastline and to push west toward the city of Odessa.

Below is an overview of the situation, as of today, helpfully provided by British Intelligence.

Kherson is at the bottom left of the Russian-occupied area.

A couple of things to take note of. First, Kherson was not defended in strength by the Ukrainian army. That was a good decision because Kherson is away from the center of gravity of the war that lies around Kiev. Taking Kherson does give Russia access to lines of communication crossing the Dnieper River and opens the route to Odesa. Second, I think we’re beginning to see an outline of what Russia sees as the endgame. The “breakaway” regions of Donetsk and Luhansk have expanded to give control of the Sea of Azov and a large part of the Black Sea coast to Russia.

The surrender of Kherson has to be seen as expected. It will be disheartening to some Ukrainians. Kherson has a population of about 300,000, and it is 70% Ukrainian. If an insurgency spawns there, the Russians will not be able to hold the city. Its loss, however, is more critical to what happens at the cease-fire negotiations than it is to what is happening outside Kiev.