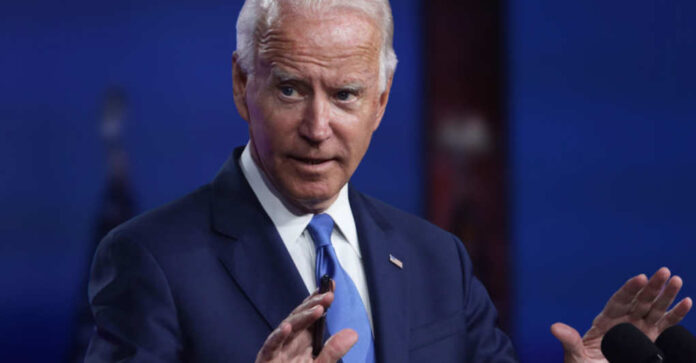 Since this country was first established Presidents have had to suffer through competing morals and topics to help guide the country through. President Biden is no different in that aspect. While he has been keeping a lower profile than many of the Presidents past, he has multiple large focus topics to juggle at the same time, and all due to the persistent pushing of leftist politics.

The situation in Ukraine is one of the hardest topics for him to juggle. Given his lack of commitment of US forces to ensure the Ukrainians are not again invaded, and the past financial entanglement between himself, his son Hunter, and natural gas companies in the country he has painted himself into quite a corner.

Should he defend them with US troops he’s looking at enraging an already unstable Russian leader, but also risks sending the wrong message to the American people. However, by just promising sanctions he is watching oil and gas prices skyrocket as investors fear this conflict could cause a ripple effect in the energy sector. Americans are already tired of inflation and soaring energy costs, so this could only serve to make things worse.

Inflation is one issue at the heart of every American. With the costs of fuel oils up 46.5% over last year, vehicle purchase costs up 12.1%, and overall inflation at 7.5%, the people are tired of paying more for less. The problem here is the left’s progressive budget ideas have made it even more difficult to turn things back. There is little available in the name of government funding to help decrease this surge, and as people are demanding higher salaries to pay for these costs, companies have no choice but to inflate prices.

As many Democratically controlled cities have seen the strike for $15 an hour isn’t very effective when the $15 an hour buys the same as $10 an hour did three years ago. More money in your paycheck isn’t helpful when it bumps you into a higher tax bracket, and nets you less food for your family despite the same or even harder work.

Combine the inflation with suspicions of mental health problems, consistent pitching of progressive politics, demands that people listen to his socialist COVID solutions, and inability to follow the science when it isn’t what he wants has people turning their backs on him. The “cool” President Biden the Democrats and many moderates put into office just isn’t here anymore. It seems like when he left being by President Obama’s side, he lost his way and has never rebounded.

While losing your way as you establish another new persona as President is natural. Many go through this kind of identity crisis as they attempt to fill those shoes. However, nobody has butchered the mission like Biden. Nobody has made the American people feel like they are servants in the socialist agenda like Biden has. His mixed messages and jumping from topic to topic don’t inspire confidence or trust. It gets the people to look at what you’re doing and scratch their head in disbelief, and not support your cause.

As President Biden keeps up the juggling act, many wonder how much longer he can go on for. Cal Jillson, a political scientist at Southern Methodist University in Dallas has concerns about the optics and control of the situation as well. “The fact that Putin is in control of when and how and to what degree he invades really places Biden in a very difficult position. Putin looks like he is completely in charge.” This kind of perspective is not one the American people like to be in. No foreign leader should ever control the American narrative, and yet that’s exactly what Biden has allowed to happen. If he wants any hope of regaining control he needs to find that bit of conservative in his blood and make some changes.