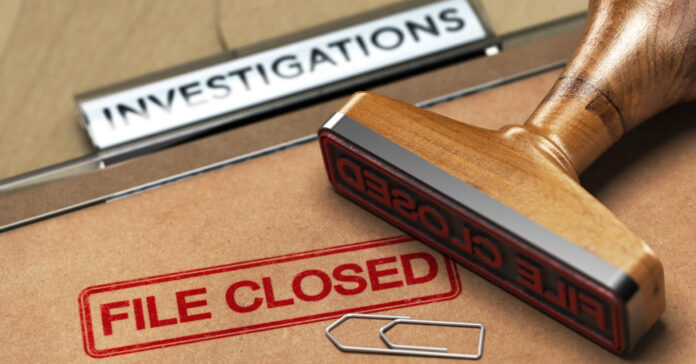 As trouble for President Biden continues to intensify, former President Donald Trump continues to experience some vindication. Recently, two leading prosecutors that were in charge of the Manhattan District Attorney’s Office’s investigation into the Trump Organization decided to quit. Their departure now throws the whole case into question.

It was confirmed by the DA’s office that Mark Pomerantz and Carey Dunne resigned on Wednesday of this week. One source who is in the know said that the prosecutors stepped down together, and it was stressed that it was done in a coordinated way. This can only be a sign of the deep frustration they were having with the direction of the case.

Danielle Filson, a spokesperson for the DA, said that her office was grateful for the service of the two prosecutors. She declined to make any further comment on their resignation and indicated that the investigation would continue.

This probe started in 2018 while the DA was Cyrus Vance. He charged the Trump Organization, along with their longtime chief financial officer, Allen Weisselberg, with tax fraud. Vance convened a grand jury before Alvin Bragg became the new District Attorney.

Carey Dunne joined the DA’s office in 1984 and served as the general counsel for Vance. He previously was in charge of the investigation and successfully argued before the U.S. Supreme Court to unveil Trump’s tax records. Mark Pomerantz was a former federal prosecutor in Manhattan and a criminal defense attorney. He was brought into the office by Vance to join in the investigation.

The resignation from these top leaders came when Bragg suggested that he had doubts about moving forward. In the beginning, prosecutors were questioning a witness in front of the grand jury, but about a month ago that ceased, and the investigation basically stalled. And now that Dunne and Pomerantz are no longer at the helm, the future of the investigation seems critically uncertain. The term for the jury is set to end in April, so Bragg’s office has a clock ticking showing how much time they have to collect evidence. Prosecutors could have the jury extend the term, or a new grand jury could be called. But both of these seem unlikely at this time.

Ron Fischetti, a criminal defense attorney who is representing former President Trump, recently told the media that he saw the resignations coming. He said that he was “happy” with this new development and continued to proclaim his client’s innocence.

Fischetti also said that there was likely “no investigation” without the two prosecutors and that their resignation should be a sign that Bragg would soon close the case altogether.

This case is happening at the same time as another one, which is led by New York Attorney General Letitia James. She is leading a probe into the Trump Organization’s business dealings. A judge in Manhattan recently ruled that former President Trump and two of his children, Ivanka and Donald Jr., will have to testify in that case.

Trump lashed out at both Bragg and Attorney General James saying that the investigation was a “political and racist attack.”

“After five years of constant bombardment, this political and racist attack must stop. Look to the murderers, drug dealers, and rapists instead,” Trump said in a statement.

The dominos could keep falling for Trump and this second case might wind down without any real evidence.