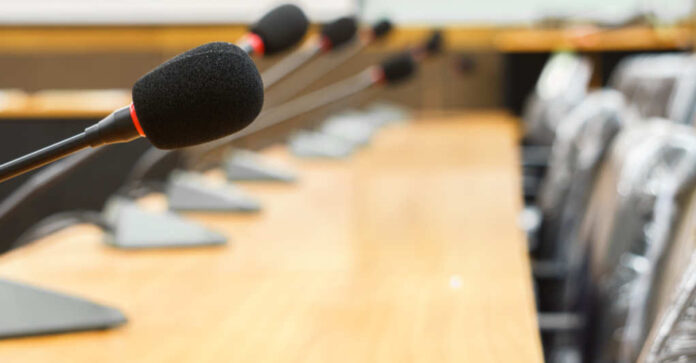 The citizens of San Francisco spoke with a loud voice that they do not want the form of government that the school district’s school board members are trying to adopt. The nasty Democrats found a way to promote socialism and started acting like they were the new lords ruling their territory. They victimized the children and vilified the parents. And they would not relent on the COVID-19 restrictions that they kept everyone tied down with.

The school board had its priorities all mixed up. They wanted to rename 44 schools because they felt that the old names were racist. Parents were fed up with being bullied, so they took it upon themselves to recall several of the eliminated three of the leading members. And now that they are no longer on the board, they are still crying about racism and want something to be done.

Gabriela Lopez, Faauuga Moliga and Alison Collins are crying that they were targeted and removed because the white supremacist took to getting votes to remove them all. These three crying dictators feel that they were mistreated. But they got exactly what they deserved for not doing their job. They had become a political group determined to eradicate the uniqueness of each school in the district. And they should have been looking for ways to get kids back to learning.

Lopez is the main crybaby that is dealing with power withdrawal. He stated, “So if you fight for racial justice, this is the consequence. Don’t be mistaken, white supremacists are enjoying this. And the support of the recall is aligned with this.”

Lopez is delusional to think that the board was fighting for social justice when trying to rename schools. Fighting for justice is not what they were elected to do for their jobs. They are to keep schools open, and kids are learning. These three people were drunk with power and lost sight of their job description.

The nasty trio also tied to the claim that conservative billionaires paid for the recall. Lopez went on and on regarding how parents wanted to keep people of color and international students from being able to attend school.

Collins echoed the same message and tweeted that the unfair recall has led to the universal attacks and put-downs of people of color everywhere. Nothing Collins said made any sense as nothing that happened oppressed any person. Everything was stuck in her head. She was trying to believe a narrative based on fiction and not on reality.

The truth is that the three board members caring more about renaming schools is the reason why they got recalled. But according to them, they are the victims of a massive coverup that targeted them unfairly. They failed to realize that nearly 70 percent of the votes cast by parents were in favor of them being recalled. And somehow, that is supposed to be a racist attack.

Parents of all cultures spoke with their collective voices and how they were tired of watching their children be bullied by a group of communists seeking people to harm. People all over America and speaking with their vote and telling leaders that progressives are not welcome on American soil.

Even Mayor London Breed had to admit that “The voters of this city have delivered a clear message that the school board must focus on the essentials of delivering a well-run school system above all else. San Francisco is a city that believes in the value of big ideas, but those ideas must be built on the foundation of a government that does the essentials well.”

Breed is another person that is scared of losing a job because of progressive beliefs. The mayor needs to sound sympathetic to avoid becoming the next victim of the red wave.

The Democrats are running scared all over the country. Long-time liberal regions are turning red ahead of the midterm elections. The Democrats know that they are doomed, yet they refuse to repent of their evil ways and start working for Americans.