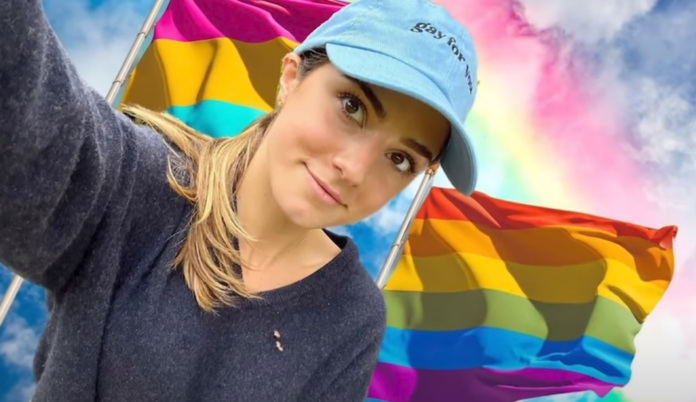 The apple doesn’t fall far from the tree, and in the case of former Governor Andrew Cuomo, his 24-year-old daughter Michaela Kennedy-Cuomo is following right in her daddy’s footsteps as a sexually obsessed person. Following hot on the heels of Gwyneth Paltrow and her company Goop, Kennedy-Cuomo has built a new age store on Etsy to hawk her wares.

What makes this funny is the near-total opposite direction her energy has gone from her father’s. While he was waving his pickle at any woman he could come across, she was there trying to demand that the men stop doing such things and allow women to reclaim that energy for themselves. To unlearn the lessons men had given them that they took as truths…

Crackpot stores like this are incredibly focused on the liberal audience, one that the former Governor and his whole family have spent decades pandering to. Something that not only gave them a platform and millions of dollars but also allowed them to reach people who otherwise would have ignored their message. By pandering to the most easily manipulated people, the entire family has benefited off the hard work of minorities, for the Governor’s office, and in Kennedy-Cuomo’s case, from women with low to no self-esteem who found themselves looking to reclaim who they were by exploring their sexuality and feminine energy.

Part of the Instagram caption on a $77.77 acrylic vulva painting with sequins and glitter is incredibly poignant. “The dominant attitudes in media surrounding the yoni today repress vulva owners, demeaning our powerful pleasure portals into means for reproduction shrouded in judgment, stigma, and shame. For vulva owners, stepping into our most potent power requires introspection and un-learning associations we’ve been socialized to regard in relation to our bodies and intimacy, pleasure, and sacredness.”

This kind of new-age information has been circulating for the last 50 or 60 years. Kennedy-Cuomo is hardly the first, but she certainly will be one of the most well-known. The exploits of her daddy have given her a unique jump-start into gaining fame, and it’s a subject that she is more than happy to tackle, but she seems to be unsure of her journey. Like many young people, she is speaking up in a very condescending manner, but she has consistently found that her tastes and desires are evolving as she gains more experience.

Last summer was her true introduction to fame thanks to an interview with the former CEO of Tivity Health Donato Tramuto. “When I was in elementary school, I feared that I was lesbian. When I was in middle school, I came out to my family and close friends as bisexual. When I was in high school, I discovered pansexuality and thought, ‘That’s the flag for me’ And I’ve recently learned more about demisexuality, and have believed that that identity resonates with me most.”

This idea of changing sexual orientation often is a new one and something that seems like she is only identifying with whatever she heard of lately. More importantly, it certainly seems like she is willing to say or do whatever will get her more fame, more clout, and more of a reputation as being just another sexually obsessed Cuomo. Perhaps instead of worrying about her ‘fear’ of being a lesbian in elementary school, she could have paid more attention to learning how to be a good person. God knows the rest of her family never learned that, either.