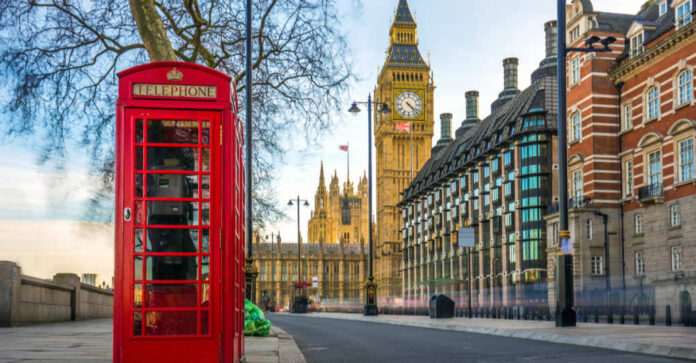 British Prime Minister Boris Johnson has been struggling with accepting the realities of COVID. Despite the science consistently signaling the end of needing masks and proving that the vaccine and boosters are worthless currently, he had been pushing the narrative that they remain a necessity forward at full steam. Not anymore.

Speaking to parliament, PM Johnson said “We will remove all remaining domestic restrictions in law. From this Thursday, the 24th of February, we will end the legal requirement to self-isolate following a positive test. We will end routine contact tracing, and no longer ask fully vaccinated close contacts and those under 18 to test daily for seven days. And we will remove the legal requirement for close contacts who are not fully vaccinated to self-isolate.”

As the PM continued, he noted one requirement that will remain in effect for a bit longer. “Until 1 April, we will still advise people who test positive to stay at home. But after that, we will encourage people with Covid-19 symptoms to exercise personal responsibility, just as we encourage people who may have flu to be considerate to others.” This kind of policy change is a great thing for the English people.

Since the start of the COVID pandemic, the British have been among the most restrictive countries on the globe. By removing them he showcases for the world how easily the numbers can go down, and how when the numbers are going down how easy it can be to return to normalcy. Given the recent push by PM Trudeau in Canada and President Biden here in the US to keep us under restrictions, the move by PM Johnson is a refreshing breath of fresh air.

One thing the English have been notoriously good at over the years is distracting their people with another topic while a bigger threat or concern looms in the background. In this case, it’s the threat of a conflict between Russia and Ukraine. Given the European reliance on Russia for oil and gas, there is great cause for concern. Especially in the UK where oil and gas are made in-house, a European need due to a Russian cut-off is a real concern for them.

In an interview with BBC’s Sophie Raworth over the weekend, Johnson discussed his concerns over the Russians. “I’m afraid that that is what the evidence points to, there’s no burnishing it. The fact is that all the signs are that the plan has already in some senses begun. I’m afraid to say that the plan we are seeing is for something that could be really the biggest war in Europe since 1945 just in terms of sheer scale.”

This kind of statement from the PM should be concerning to people across the globe. As he is loosening COVID restrictions, but also speaking out about the Russian aggression, he sends the signals that war is imminent. It also signals that the size of force a war like this would take is enormous and it would not end well for anyone. This kind of battle is something not only the English, but the rest of the world want nothing to do with.

Removing the COVID mandates was one of the smartest things PM Johnson could do. The English people don’t need to suffer anymore, and as a pilar to the rest of Europe for what right looks like, their removal of restrictions could reverberate across other countries in mere days.

Given the relationship with New Zealand and Australia, those countries could also follow suit and remove them as well.