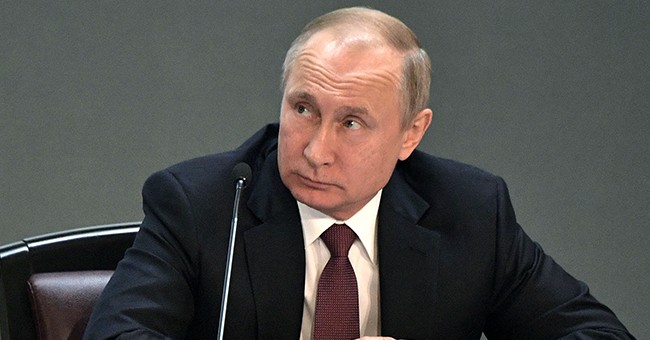 As we reported earlier, the EU had come around to the idea of cutting Russia from the SWIFT system in a limited way as long as it was directed to Russia.

Now, the European Commission, France, Germany, Italy, the United Kingdom, Canada, and the United States have issued a formal joint statement officially saying they are committed to cutting select Russian banks off from the SWIFT system.

As Russian forces unleash their assault on Kyiv and other Ukrainian cities, we are resolved to continue imposing costs on Russia that will further isolate Russia from the international financial system and our economies. We will implement these measures within the coming days.

Specifically, we commit to undertake the following measures:

First, we commit to ensuring that selected Russian banks are removed from the SWIFT messaging system. This will ensure that these banks are disconnected from the international financial system and harm their ability to operate globally.

Second, we commit to imposing restrictive measures that will prevent the Russian Central Bank from deploying its international reserves in ways that undermine the impact of our sanctions.

Third, we commit to acting against the people and entities who facilitate the war in Ukraine and the harmful activities of the Russian government. Specifically, we commit to taking measures to limit the sale of citizenship–so called golden passports–that let wealthy Russians connected to the Russian government become citizens of our countries and gain access to our financial systems.

Fourth, we commit to launching this coming week a transatlantic task force that will ensure the effective implementation of our financial sanctions by identifying and freezing the assets of sanctioned individuals and companies that exist within our jurisdictions. As a part of this effort we are committed to employing sanctions and other financial and enforcement measures on additional Russian officials and elites close to the Russian government, as well as their families, and their enablers to identify and freeze the assets they hold in our jurisdictions. We will also engage other governments and work to detect and disrupt the movement of ill-gotten gains, and to deny these individuals the ability to hide their assets in jurisdictions across the world.

So, I guess the obvious question here is: if this is just “selected banks,” are there ways for Putin to skate away from this? What is the only “selected” protecting against, since that came from Germany’s insistence? It does target the Russian Central Bank, one of the things that Ukraine asked for.

But, what prevents them from just shifting to other banks if you don’t shut them off completely? Perhaps a question for media to lay on Joe Biden and his team.