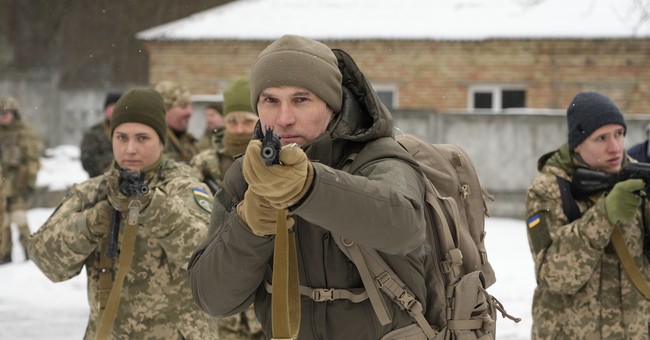 I touched on this in my earlier story today, but decided to expand on it a little more.

While Ukraine is under attack from the Russians in their own country, they struck back on Friday on an airfield from which some of the attacks on their country are believed to have been launched.

Ukraine hit an airbase in Millerovo, Russia, which is about ten miles from the Ukrainian border.

The base was hit reportedly by a Ukrainian Tochka-U missile.

Another media outlet, the Rostov Gazeta, reported Millerovo was attacked by armed formations of the Ukrainian army. It also reported an unspecified number of wounded.

Millerovo is part of the Southern Military District and it houses the 31st guards fighter aviation regiment which has two squadrons of Su-30SM.

If that’s true, then not only did they hit it with a missile, they also had boots on the ground to take out the base. I’m willing to bet that Vladimir Putin didn’t predict that response, when he thought he could just walk into the country and everyone would lay down their weapons.

Reports indicate that Russia may be too stretched too thin, that their people are not sufficiently outfitted in terms of food and fuel, or other supplies, and that if Ukraine is able to hold them off, the Russians might just have to back down.

Ukraine is thinking about everything they can do to make it harder for Russia.

Meanwhile, while Ukraine is under the gun, they are about to get a lot of weapons coming from EU countries, including even Germany which has often been the sticking point in discussions about providing lethal aid.

From its own stockpile, the German government will send 1,000 anti-tank weapons and 500 Stinger anti-aircraft defense systems to Ukraine. The government has also authorized the Netherlands to send Ukraine 400 rocket-propelled grenade launchers.

“The Russian invasion of Ukraine marks a turning point,” German Chancellor Olaf Scholz said in a statement. “It threatens our entire post-war order. In this situation, it is our duty to do our utmost to support Ukraine in defending itself against Vladimir Putin’s invading army. Germany stands closely by Ukraine’s side.”

A government spokesperson said the weapons will be delivered “as soon as possible.”

Russia has bitten off more than they thought.