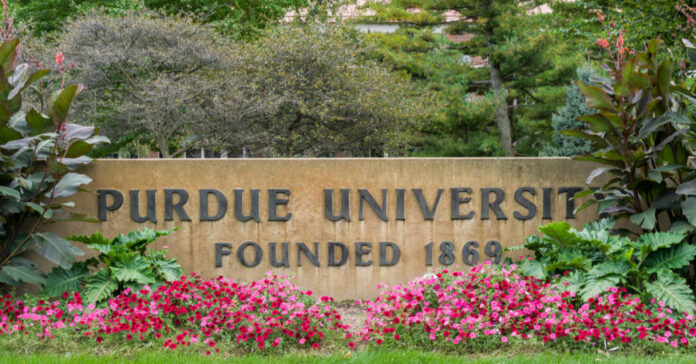 The age-old cry of freedom for one and not the other is the current belief of the Democratic Party. They think that freedom is something that only they are to have, and everyone else should be subject to forced slavery and labor. Their core belief is that they should be the ones in charge and should be allowed to make up any laws they want.

The liberals want to promote that freedom is only given out by those in power. And any lifting of any current regulations is not a step forward but is a step backward. The mysterious cries of the left after a mask mandate was lifted were heard loud and clear by a man who works at Purdue University.

The part that he was worried about had nothing to do with staying healthy and everything to do with freedom—people who are required to wear a mask deal with healthcare issues and other such venues. But Marzec went crazy when he realized that people were going to be able to choose for themselves what to do with their faces.

Marzec needed to vent his fears and decided to send it out in email form. He stated that “Regardless of how students will interpret ‘except for instructional settings,’” he writes, “I’m worried… [I]’m worried that this can only translate to more freedom for a culture of health laziness and give more fodder to the combative, politicized conception of individual freedom now rampant.”

The liberal professor believes that people do not have the right to have the amount of freedom that they had before the pandemic. His concern rests on the premise that people are lazy and need to be forced into doing what they should be engaging in. His premise is faulty as he assumes that every person is lazy.

He ranted that people will not want to wear a mask when they should unless they are forced to. So, he wants to keep the right to choose from being handed back to the general population. But what his fear all boils down to is that he is scared, so he wants to force everyone around him to put something over their face, so he is not infected with any germ.

There is a fundamental difference between Democrats and Republicans. Democratic voters are known to be lazy and look for free governmental handouts. They look for ways to get free things from politicians, and they certainly are not willing to do what it takes to work hard and make their own lives better. This professor who wants to keep people masked does not understand that Republicans are hard workers. They are the ones that keep things moving forward and help advance the country in the right direction.

RedState reported that this professor is not alone with his fear. RedState noted that “As for hoping freedom isn’t enhanced, the professor’s not nearly alone. It seems to me the pandemic has brought out Americans’ worst fears. It’s highlighted emotional frailty sitting just beneath our surface. And when fear rules, those in fear will run to be ruled.”

Some people are protesting that they should not be allowed to take the mask off all around the country. At the University of Nevada-Reno, students were demanding to be forced to wear masks. The liberals who follow people such as Anthony Fauci and continue to look to big government for all the answers live a life of fear because they cannot think for themselves. But that is precisely what the Democratic Party wants to see. They want blind followers willing to do whatever they are told without questioning why.