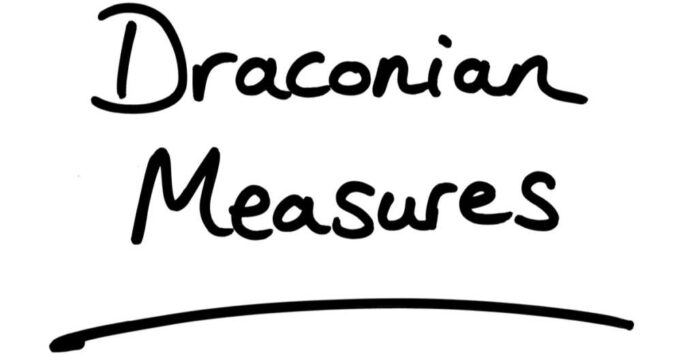 There is a new law in Lincoln, Nebraska that critics are calling “draconian.” The city council passed this new legislation recently that could fine residents thousands and thousands of dollars if they are caught counseling teens with biblical truth.

The law is now known as the “Fairness Ordinance.” It is a revision of a part of the city of Lincoln’s Equal Opportunity Code. This new legislation intends to ban discrimination based on sexual orientation or gender identity. Those who are opposed to this new law believe that the bill goes much further than simply banning discrimination. And there is an uproar over the fact that the penalties for violation of it are as much as $50,000.

The Nebraska Family Alliance (NFA) policy director, Nate Grasz, talked about the human rights commission that is appointed by the mayor of Lincoln. He said that this “adjudicating tribunal” can assess fines that range from $10,000 for a one-time offense to $50,000 for repeated offenses. Grasz called these fines “draconian” and said that they could bankrupt a person or a business.

The NFA filed a petition to stop the ordinance that still needs to be signed by the mayor. They now have 15 days to gather over 4,000 signatures needed to stop the legislation.

Those opposed to the new law have the backing of the Republican governor of Nebraska, Pete Ricketts. In a statement, he issued Ricketts said, “This ordinance is anything but fair — it should be called the ‘unfairness ordinance.’”

He went further saying that the law allowed men into girls’ bathrooms; it only applied to private schools and not to public schools, and it kept parents from helping their children who might be experiencing “gender dysphoria.”

Ricketts also took issue with how the law threatened bankruptcy with families who were trying to keep traditional values in their homes. He urged the people of his state to let people vote on such unfair policies.

Nate Grasz called the “Fairness Ordinance” a “bathroom bill” that would let a man enter a girl’s restroom simply because he identified as a female. He noted how the bill had significant implications for speech and religious belief.

He clearly explained that using the language that is in this ordinance opens the way for it to be used everywhere and for anything. He also explained that even though there is an exemption for religious corporations, it is very limited in its breadth. Grasz noted that the ordinance may not apply to a religious organization, but it still might apply to an individual in that organization.

He described a situation in a “public accommodation” where sexual harassment could occur through verbal conduct. This could simply mean not using a person’s preferred pronouns or even just talking about human sexuality in a way that might intimidate or offend someone. That person could be liable for a discriminatory act and receive thousands of dollars in fines.

This ordinance also broadens a “conversion therapy” ban that was passed a year ago. Now punishment is suggested for someone trained as a counselor who suggests that a minor should not undergo transgenderism or participate in homosexuality. This would include a pastor who has had counseling training. They would be liable if they hold on to biblical truth when speaking to a minor who may be struggling with gender identity.

We will see if the people of Lincoln, Nebraska have the ability to fight this new “draconian” ordinance.