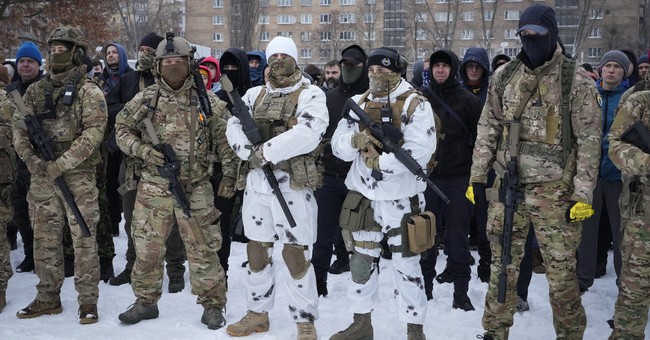 The Russian invasion of Ukraine isn’t going as easily as I think Vladimir Putin thought it would go.

As we noted earlier, they are facing some tough fighting from the Ukrainians as well as thousands of protesters in Russia who have come out against the war. That’s quite something, given the oppressive state of Russia and how they would face immediate retribution. Yet, protesters have come out anyway.

Ukraine fought back to recapture an airport the Russians had taken. So, Russia isn’t going to be able to do what they wanted because they haven’t met the goals they were trying to meet by now – which was to seize all the airports.

You can see the UK Ministry of Defense make this observation, and note that the Ukrainians have halted the advance of Russians in at least one place.

They also reportedly took out a Russian plane with ground fire.

There are also reports of the brave defense by Ukrainian border guards, who were defending an island in the Black Sea, then were told to stand down from their defense by Russian forces. The 13 guards then sent out this very definitive message to the Russians: go f**k yourself.

The Russians then bombed the island, and are believed to have taken out all the guards. President Volodymyr Zelensky praised the guards and said they would be posthumously recognized with medals as Heros of Ukraine.

Zelensky has also said much of the regular populace has also been armed for the defense of the country.

But in addition to the strong defense from Ukraine, there may be another problem for the Russian attack, if this next report is true. According to multiple reports, Russians who were captured are saying they were not told their mission would be to attack Ukraine.

According to some captured 11th Guards Air Assault Brigade, they were not told they would be attacking Ukraine. They believed that they were on a training mission in Crimea but were dropped in Ukraine. Now, that seems hard to believe, and maybe that’s a cover story. But, if that were true, that you had Putin hoodwinking his military to get them there, that’s not exactly the best cover story either. That makes it sound like they may not have everyone on board with what’s going on — versus the Ukrainians, who are very willing to defend their country.