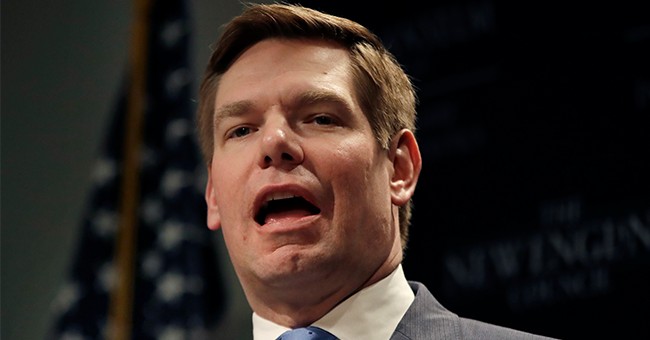 One constant rule about Democrats is that if they’re shouting accusations more loudly than others at someone then the Democrat doing the shouting is likely guilty of that very thing.

Later on down the line, it was discovered that Swalwell had been romantically involved with a Chinese spy, but holding tight to the unofficial Democrat motto of “it’s okay when we do it,” nothing came of Swalwell’s massive endangerment of national security.

But now as it turns out, Swalwell knows all about utilizing Russian money to help with campaigns. He’s done it himself according to the Daily Wire:

The congressmen raked in $2,900 last year from Vincent Roberti Sr., who chairs the group Roberti Global. In 2018, Roberti donated $5,400 to Swalwell’s campaign, as reported by The Washington Free Beacon. The lobbying group was sent $2.4 million last year from Nord Stream 2 AG, which is behind the Russian pipeline President Joe Biden announced sanctions against after the country invaded Ukraine.

As Russia invades Ukraine, Swalwell is accusing Republicans of being Russia’s cheerleaders and making it possible for this to happen.

However, this invasion by Russia in Ukraine was made possible by the Nord Stream 2’s opening which was sanctioned during the Trump administration but had those sanctions lifted once Biden was put into office. With oil freely flowing from Russia to Germany via Nord Stream 2, the invasion of Ukraine — a nation with infrastructure that could allow the easy transportation of oil into Europe for sale — can happen without too much worry about damaging Russia’s bottom line.

So Biden made this invasion of Ukraine possible, and it would appear that Swalwell who was assisted in his campaign by Nord Stream 2 money, was among those who assisted in making this all possible.

If anyone should be talking about people being connected to Russia, perhaps it would be better for Swalwell to sit this one out, and when I say this one out, I mean as far away from any kind of official office as possible. He’s made it a habit to get in bed with our enemies…

…both figuratively and very literally.