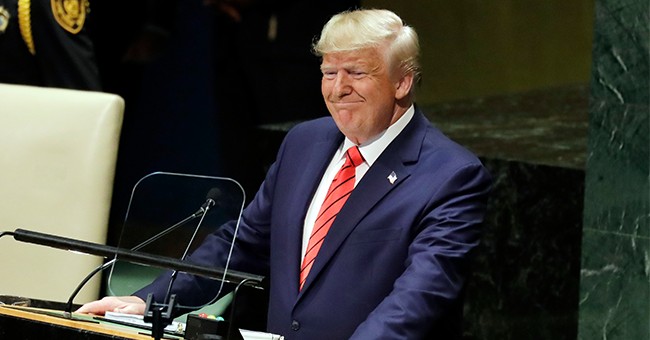 With Russia currently executing an invasion of Ukraine under a completely absurd pretense, costing untold numbers of innocent lives, the reactions are coming in hard and fast.

For the left, the coping mechanisms have already kicked into high gear. Donald Trump, who isn’t even president and has nothing to do with the current situation, is being discussed more than Vladimir Putin himself at times. After all, they couldn’t be possibly be expected to hold Joe Biden, the actual President of the United States, accountable for his incredible failures.

Another scapegoat has emerged that connects to Trump as well. As the UN Security Council convened after the invasion began, an absurd spectacle played out, with Russia getting to chair the meeting. That prompted condemnations from figures like Ben Rhodes, the abject mediocrity behind Barack Obama’s foreign policy.

I know, right? If only there had been a president who had spent considerable energy going after the United Nations, exposing its corruption, and attempting to reform it. Wait, that’s exactly what happened while Trump was president — and he was overwhelmingly condemned for it by the smart set.

Remember when then-UN Ambassador Nikki Haley walked out of the UN Human Rights Council because of its gross anti-Semitism towards Israel, and the left took the side of a bunch of despots? Remember when Trump spoke to the UN and expressed the insanity of the organization supporting dictatorships while simultaneously lecturing Western nations? And then every mainstream media outlet rushed to own the orange man instead of holding the UN accountable?

Republicans remember. In fact, I’d be short-selling matters by only giving Trump credit for opposing the UN. The GOP at large, to its credit, has been begging Democrats for decades to understand the UN is a waste of time and money. The push to pull funding has been ongoing for a very long time. Had Democrats put aside their partisanship for one second and given their support to such a move, it could have forced much-needed reforms to take place. Instead, every single time a Republican suggested the UN was a problem that needed to be dealt with, they were excoriated by the powers that be, from Democrat politicians to the news industry.

Now, Democrats want to play tough on the issue of the UN? Yeah, I’m not buying that at all. We tried to warn them, and they spit in our faces. Besides, you can bet these critiques won’t go any further than social media. Is the Biden administration going to actually suggest real steps to change what’s happening at the UN? Not a chance in the world that happens.

In short, Rhodes and the rest can go jump in a lake with their virtue-signaling. When they are ready to admit how wrong they were and actually do something about the problem, maybe, and that’s a big maybe, we’ll hear them out.