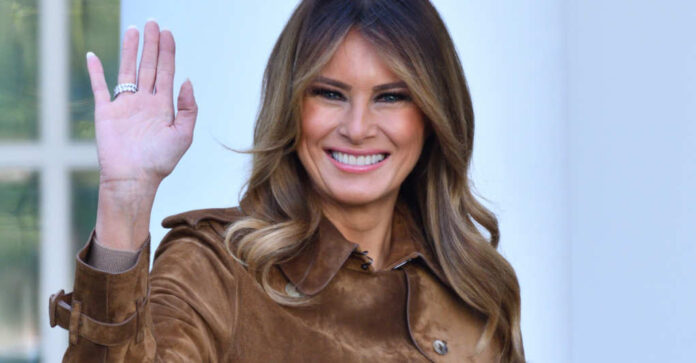 When a new presidential administration takes over, it’s natural to focus on their abilities and decision-making skills first and foremost. After all, this person is supposed to be our duly elected leader and the one our nation will rely on for at least the next four years, if not nearly a decade.

However, as we all know, a new presidency does not involve just the president and their strengths and weaknesses. As history has presented us, at their side is the First Lady. And their gifts, as well as their flaws, do much to determine the success or failures of their spouse.

While her husband was every bit of the brash businessman the world came to know through the media, she was his exact compliment. When he was not so eloquent and rather blunt, she was poised and classy.

And it showed not just in her modelesque looks and high sense of fashion but in the way she spoke with others, in the actions she carried out during her tenure in the White House, and of course, the decorations she chose with care for each holiday.

In contrast, current First Lady Jill Biden seems rather dull and lackluster, from the initiatives she’s supposedly working on to the decorations she just had created for Valentine’s Day.

As usual, the White House makes a rather big deal of each and every holiday. And St. Valentine’s Day is no exception. Naturally, this gives the First Lady another opportunity to show off her skills and to her best foot forward in a rather public way.

Let’s just say that Jill’s best foot is far from even taking second to Melania’s.

On Monday, Mrs. Biden took a group of second graders from the local Aiton elementary school for a walk on the White House grounds. But it wasn’t the kind of walk you’re likely thinking of. You know where she is seen walking hand in hand with kids on her right and left, telling them stories, or encouraging them to do their best.

Instead, it was more of a march out to her newly created Valentine’s Day decorations for a bit of a PR event.

Neither were these decorations fun, playful or even remotely inspiring. Of course, the crudely made cutouts may have been meant to be such. But as more than one noted, the overall effect was anything but classy.

One cut out was in the shape of a large heart and had the words, “Three things will last forever – faith, hope, and love – and the greatest of these is love,” written on it. Now, to be sure, the Bible verse from 1 Corinthians 13:13 is a good one and most certainly emphasizes the importance of love in our lives.

However, one could hardly even focus on those words and actually feel their power when faced with images of forcibly masked children standing in front of it. Surely, if Biden wanted to show herself a loving person, she would have thought to let these kids breathe the fresh outdoor air…

And the other two cutouts weren’t much better. One was of the Biden family cat, Willow, and the other of their dog, Commander. Neither were all that well done. But the dog, well, some said it was hardly recognizable, looking more like a kangaroo than the image of a German Shepard.

It was also noted that these were the only two pets depicted, even though the Biden’s do, in fact, have another dog. Major was proudly proclaimed as the first shelter dog to live in the White House. However, after biting multiple Secret Service agents, he has since been demoted.

As one anonymous critic said of the decorations and the First Lady’s poor taste, “Jill Biden has one ‘est’ she can cling to – she is the tackiest First Lady ever.”

This was also seen in her take on a “normal” Christmas in the White House too.

But even more than Biden’s tacky décor is the fact that she seems to be all about the press coverage and not actually doing much for the good of her nation or the children she is pictured with.

Melania, in contrast, didn’t take time on Valentine’s Day to just take pictures with kids. Instead, she went to children’s hospitals, where she passed out cookies, cards, and compliments. And unlike Biden’s failed free community college plans, Melania’s Be Best campaign flourished and positively changed people’s lives.

Needless to say, there is much to miss about having a woman such as Melania Trump in the White House. And Jill Biden throws that into stark relief.