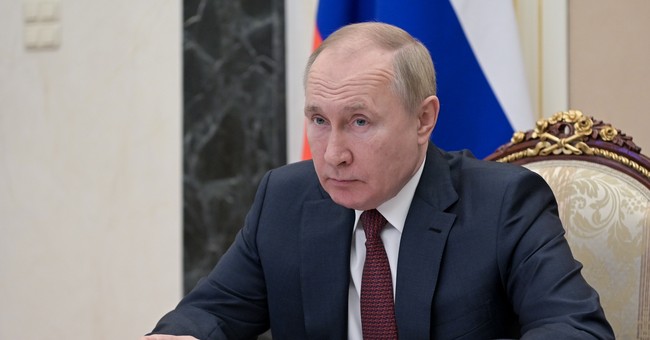 As RedState reported earlier, Secretary of State Antony Blinken shared on Wednesday evening that he believed Russia would fully invade Ukraine within hours. That has now been confirmed by none other than Vladimir Putin himself.

Per an announcement from the Russian president, his military forces are moving into greater Ukraine, including Kyiv, in order to “demilitarize” and “denazify” the sovereign nation.

None of this is hypothetical anymore. Explosions are being heard in multiple Ukrainian cities. It is clear that a major military attack is underway.

Putin also levied some disturbing threats against the west, seeming to suggest he would be willing to use nuclear weapons if the NATO countries or any other nation intervene.

This will be an ongoing story throughout the night, no doubt seeing many updates, and there will be a time to debate how involved the United States should be regarding any possible response. I don’t believe that time is now, though. Innocent people are losing their lives as I type this, at the hands of a scumbag dictator with delusions of grandeur. At the very least, that should be condemned for what it is, even if one believes it’s not our fight.

The politics of this situation, including the litany of ridiculous decisions from US leadership that helped empower Putin, are absolutely relevant and deserve a full reckoning. That will come. For now, pray for the Ukrainians who are suffering tonight. We’ll get to the rest later.