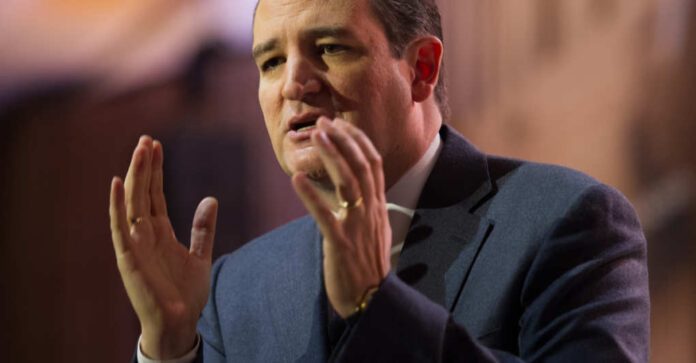 The world has been watching the circus existing within the White House for the past year. World leaders know that the United States sits vulnerable, with Joe Biden sitting at the helm. They want to know whether or not Biden will take a stand and try and stop them. But what has been discovered is Biden is so weak that just about any nation can get away with whatever it wants to without intervention. And that is why so many leaders have begun to test the resolve of America.

Ted Cruz is the Senator that has spoken out and revealed the truth behind Joe Biden. He rightfully stated that “Literally, every region on Earth has gotten markedly worse since Joe Biden became president and worse from the perspective of U.S. national security. Biden combines radical leftist ideology with manifest incompetence. And it’s a toxic brew, last seen with Jimmy Carter, and the debacle of foreign policy that unfolded under his disastrous administration, Biden’s administration in just a year is already worse than Jimmy Carter.”

Biden is nothing more than a puppet being used by more powerful Democrats to push an agenda they have that is not compatible with the Constitution. They need a weak president in the office with no purpose to get away with whatever kind of corruption they want to try.

The president has made it a point to push allies away and open the doors of America for enemies to move right on in. Cruz mentioned that Afghanistan was the picture of how he would act when faced with a threatening situation. He left behind hundreds of people who should have been evacuated long before he signaled a pullout. And now he sits back and warns that he will let Russia do whatever they want with Ukraine. He has told the world that terror can reign supreme, and he will not continue the war on terror.

China sat back and watched his responses, and they are now empowered to turn up the pressure on Taiwan, hoping they can somehow acquire the tiny island and kick the United States out of the region. There seems to be no end to the line of nations taking advantage of Biden’s power vacuum when he pulled out of the world stage.

Cruz mentioned that Russia and China did not act until now to engage with their plans because America had a president that cared about people and was not about allowing evil nations to run over the world. But Biden does not care. He is content to let America’s enemies walk all over everyone and terrorize them for three years.

Biden pulled out of Afghanistan, which brought back a powerful terrorist group, and then moved to let Russia start building the Nord Stream pipeline to improve Russia’s energy presence in Europe. Biden’s lack of ability to stand will allies has brought the world to the brink of war. And it seems that he wants to be watching it all burn.

Ted Cruz revealed the intentions of what the Russian leader was trying to do. He showed that “Putin has been very candid, he has described the dissolution of the Soviet Union as in his view, the most disastrous geopolitical event of the 20th century. And his ambitions have long been to reassemble the Soviet Union. He yearns for what he sees as the days of Soviet greatness. If you’re going to reassemble the Soviet Union, the first and most important part is Ukraine, the breadbasket of the former Soviet Union, Putin has invaded Ukraine before. He did so in 2014, he invaded Crimea. But he stopped short, he didn’t invade the entirety of the country, and the reason he didn’t is because he needs Ukrainian energy infrastructure.”

Russia knows that it must reclaim its lost territory when it dissolved decades ago. It wants Ukraine because the one country is rich with energy reserves and minerals that are needed to grow a nation.

Joe Biden has made it clear that he supports the rise of communism and socialism and despises everything that America stands for. He killed every great thing America had going for it once Donald Trump left office. He has no regard for protecting American life or life in general. He wants to help usher in some twisted form of socialism that will give his partners in crime a place of power in the new world order of things.