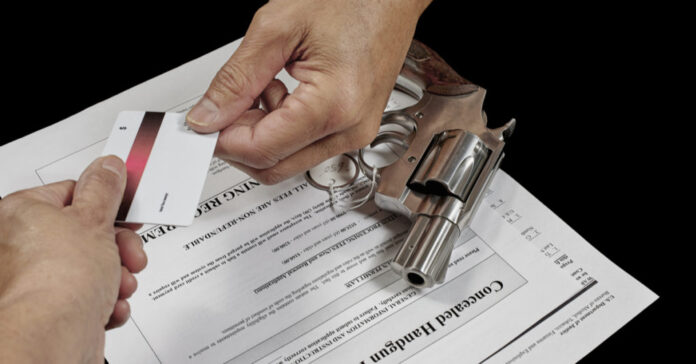 Crime is on the rise. Even as the liberal media outlets try to hide it from us, we see it in the headlines of our local papers. We may even witness it firsthand.

As the Democrats try to create gun control that prevents us from exercising our second amendment rights, gun sales are soaring. Why? Crime. If the Dems want to defund the police, criminals will run rampant without any kind of deterrent standing in their way. We have to defend ourselves, and the best way to stop a hardened criminal is by cocking a gun at them.

We’ve always heard how the one gun-toting civilian came to the rescue and prevented a complete nightmare. It’s the only way to stay safe – the good guys with guns against the bad guys with guns.

The problem is that the Democrats want to figure out how to get the guns away from the good guys while the bad guys will still have their guns. That’s not going to end well for anyone, so we have to have the guns as a way to defend ourselves.

A perfect example is what happened to an Air Force veteran while she was sitting in her car in New Orleans traffic last week.

Charise Taylor had her two-year-old son in the backseat. She was on her way to pick up her husband and was stuck in traffic. Suddenly, a man tried to enter her car through the passenger side.

She was quick to point the gun as a way to defend herself and her son.

She told WDSU News what happened, “So, as he comes up, he’s close and he’s pretty aggressive trying to get the car door open, makes eye contact with me, he’s still trying to get it open a couple times.” That’s when she picked up her gun, pointed it at the man, and told him “It’s locked and loaded.” The man fled the scene.

Had Taylor not been armed, there’s no telling what could have happened. And, unfortunately, stories happen like this every single day, especially in bigger cities like New Orleans, Chicago, New York, and elsewhere. Not all of them end as well as they did for Taylor, and much of it is because she chose to exercise her second amendment right.

Taylor, who served in both Afghanistan and Iraq said, “You shouldn’t have to navigate your own city like a war zone.”

She’s absolutely right. But, what choice are liberal leaders giving us? They don’t want to fund the police departments to keep the delinquents off the streets. And when the police do their job and pick up criminals, the liberal judges often have them back onto the streets in no time because of not bothering with bail – or bail that’s low enough that anyone can pay.

The crime rates in many liberal cities are getting out of hand – and it’s causing citizens to be scared to leave their homes. Meanwhile, the only thing that you hear the Democrats doing is talking about gun control. They still don’t realize that criminals won’t follow the laws. So, it means people like Taylor have to carry guns wherever they go so that they can defend themselves and prevent themselves from getting killed and their babies from being kidnapped.

The local police are reportedly looking into the “disturbance” according to WDSU News.

What a strange world we live in thanks to Biden and his band of merry liberals. An attempted carjacking is considered a “disturbance.” Meanwhile, attempted murder is what? An accident? A person being in the wrong place at the wrong time?

As long as crimes like what Taylor faced keep happening, there will always be members of society fighting to keep guns in play. It’s the only way to prevail in today’s society.