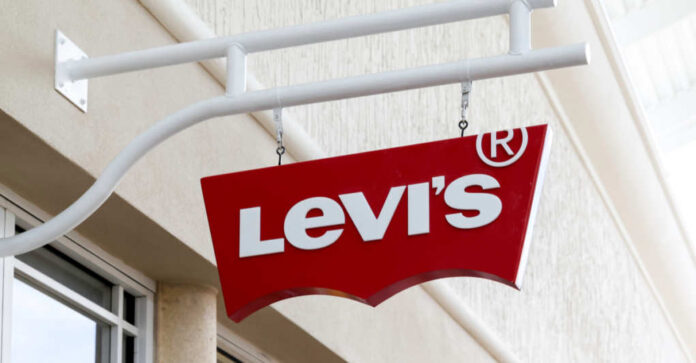 When you hit the punch card you expect to be free of the rules at your workplace. You expect to have the freedom to say what you want to anyone you want to say it to. Not so fast said the CEO at Levi’s. Former board president Jennifer Sey was not toeing the company line on what she said.

As a result, the former Olympic gymnast announced her resignation this past Monday through journalist Bari Weiss’ Substack newsletter “Common Sense.” In there she describes how horrifically restrictive the brand had become in the face of woke progressive politics. Even though she toed the line on racial and LGTBQ politics as she truly supported them, her desire to speak her truth about COVID was too much for them.

“In the summer of 2020, I finally got the call. “You know when you speak, you speak on behalf of the company,” our head of corporate communications told me, urging me to pipe down. I responded: “My title is not in my Twitter bio. I’m speaking as a public school mom of four kids.” But the calls kept coming. From legal. From HR. From a board member. And finally, from my boss, the CEO of the company. I explained why I felt so strongly about the issue, citing data on the safety of schools and the harms caused by virtual learning.”

Apparently in the eyes of the CEO of Levi’s she was unable to speak her mind. Never mind the fact that she publicly supported Elizabeth Warren in her Democratic primary and expressed sadness over racially motivated crimes like the murders of Ahmad Arbery and George Floyd. In 2017 two black employees asked her to be the executive sponsor of the Black Employee Resource Group. She has two black sons and would be a great ally to them and their causes.

None of that mattered to them. That was perfectly fine, and they supported those initiatives. Meanwhile, her coworkers posted nonstop about Trump needing to be ousted before the November election almost & it was completely fine. Yet when COVID ramped up she found herself on the outside as she spoke up about the inconsistencies. When the fall of 2020 hit and she was seeing the San Francisco public schools closed while the private schools were open angered her greatly.

When she tried to turn this anger into action she found HR silencing her complaints while admitting she was right to be upset. “We often take a stand on political issues that impact our employees; we’ve spoken out on gay rights, voting rights, gun safety, and more. The response this time was different. “We don’t weigh in on hyper-local issues like this,” I was told. “There’s also a lot of potential negatives if we speak up strongly, starting with the numerous execs who have kids in private schools in the city.”

This double standard is horrific. Considering she was being groomed to become the next CEO you would think they would take her views seriously. She had great points and wanted the company to do something. They wouldn’t. Then people started making a record of her daily social media activities so they could build a case against her for speaking out on COVID protocols. Things she found wrong with America.

Somehow that was wrong of her. Never mind her lack of publicly acknowledging her position with Levi’s in her social media bio, or speaking on their behalf; she was only a concerned mom. Yet for HR and the CEO of Levi’s she was the opposite of who they wanted leading the charge. She would now be let go with two options: a $1 million severance and signing a gag order, or no money and she could keep her voice. She chose to keep her voice and her integrity. Levi’s on the other hand is now just another woke company headed to the boneyard.