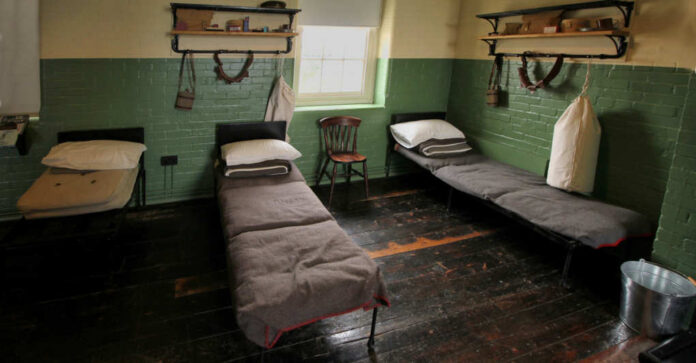 Living on military bases can be difficult. The conditions in the barracks are not always ideal. In fact, some bases are worse than others. Reports are filed about rodents, mold, and all sorts of other problems that make living on base absolute hell.

The Maryland Navy base that is also home to the Walter Reed National Military Medical Center is no exception. Junior enlisted service members who are in the barracks building aboard the base have been filing complaints incessantly only for nothing to be done about it.

“Trouble tickets” have been filed so that the maintenance staff can make the necessary repairs. Only, those tickets have been disappearing into thin air according to officials at Naval Support Activity Bethesda. It sounds like someone’s been pressing “delete” so that they don’t have to deal with any of it.

Imagine submitting a ticket only to find out that it was never entered into the tracking database by the Unaccompanied Housing staff. Unfortunately, that happened on many occasions, which meant that the complaints were never turned into tickets and never investigated.

It seems that the Navy has really dropped the ball.

Maintenance staff decided to take shortcuts so that they could close out the tickets without actually doing anything. In some instances, the staff would test hot water during off-peak hours when they knew that the hot water supply was plentiful. Problem solved, right?

According to base spokesperson Jeremy Brooks, “A misunderstanding developed about the effectiveness of this process due to this cycle of responses, and it resulted in some hot water issues no longer being forwarded beyond the resident’s initial complaint.”

This sounds like a lot of lip service for not wanting to deal with the real problems that are occurring. Brooks went on to explain that since there was a misunderstanding, there wasn’t a clear picture as to just how big of a problem there was with hot water.

Brooks also refused to say whether any maintenance staff was disciplined, which likely means that they were given a free pass.

According to Brooks, the ticket issue has been going on “for months.”

That’s not really the whole truth, though. Navy Times reported earlier in the month that soldiers and junior sailors have been going without sufficient hot water there for years.

Other issues that have been going on without any maintenance team member giving a darn include no air conditioning as well as doors that won’t lock.

Shockingly, the moment the story was published by Navy Times, the crew were removed from the rooms where issues were reported. There was also a promise that problems would get fixed right away.

There’s always excuses for why things aren’t getting done, though. Brooks points the finger at “limited resources and budgetary constraints.” That’s not really an excuse, though. There’s always money for maintenance issues, especially when the Navy just announced that they have enough money to start offering $50,000 enlistment bonuses. Perhaps the Navy needs a reminder as to what should take priority within their barracks.

Maybe the next time there are complaints, the military can do something about it before a story has to get published about it.