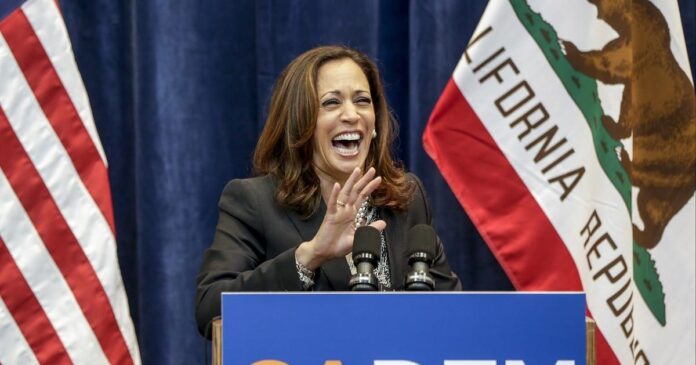 In a strategic move worthy of Sun Tzu, Frederick the Great, or Alexander, Joe Biden has dispatched Kamala Harris as his secret weapon of war. Harris will stop the Russians cold. How? Without a single A-10, landmine, or a Carl Gustav recoilless, Harris has the ability to halt any invasion, with just her throat. The Cackle has arrived in Europe. “Vlad” and his hordes best run.

PSYOPS have long been a weapon of war, and a means to prevent war or to mess with the enemy until they can’t take it any longer. In Vietnam “Operation Wandering Soul” played the sounds of ghosts into the jungle. Vietnamese believe that unless a man had a proper burial, his ghost would wander forever.

Both sound and ultrasound has been used to cause psychological breaks. Cuba has reportedly used it. In the movie ““Mars Attacks!” the invading Martians are destroyed by playing Slim Whitman’s “Indian Love Call” over loudspeakers. Their brains were turned to mush. Slim’s “love call” has the same feel as the Veep’s Laugh-Cackle.

If what I hope is true, Joe Biden has deployed America’s deadliest weapon since the neutron bomb. Put Kam’s cackle on repeat, and broadcast it over loudspeakers at the border. The Russkies will have no choice but to retreat in terror.