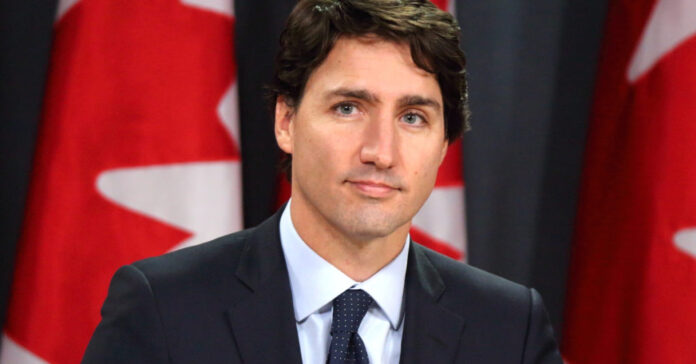 One of the most frequently used tools in the kit of the progressive left is the refusal to discuss issues like a sane rational human being. In their eyes, there is only one way to do things, and if you go against it, you’re automatically a fascist. Som how do you get things done if your temper tantrums are ineffective?

Well, if you listen to President Biden you just use “federal powers.” This term is akin to taking your ball and going home. You’re ending their activities just so you can be right and get what you want. This means people like Prime Minister Justin Trudeau effectively use their authority to remove any obstacles between them and the results they want to see with no care given about their people.

For the citizens of Canada who have been protesting peacefully, it means their government will effectively do everything they can to prevent admitting that they caused a problem, and in turn, the Canadian people will continue to suffer at their hands. Yet, many of the Premieres of Canada in provinces like Alberta and Prince Edward Island have seen the freedom convoy as a way for the hard-working truck drivers to show how unfairly they have been treated.

As such, these fine leaders have dropped their vaccine passport mandates, and many ended their mask restrictions. We have seen this in the U.S. in states like Florida. And as a result, the numbers in Florida have remained incredibly low. You also see many of the leaders in states like New York who have insane mask and vaccine restrictions coming to the free states to vacation without masks. While very hypocritical of them, the people in the free states are glad to take their money.

The use of federal powers to rule over the people starts a very slippery slope for those in power. Once you begin using them, it becomes too easy to rely on them to fix any little conflict or disagreement. This idea of being bigger or more powerful making you right has been proven to be nonsense for many years now, and they need to get away from it.

The will of free Canadians is not something PM Trudeau should ignore, and it certainly isn’t something that our President should be urging the PM to disregard either. As we have seen, they are picking and choosing what they want to consider a problem. BLM was allowed to protest, which turned into riots with limited police involvement. They were also consistently applauded by the progressive left.

Yet, the Freedom Convoy has done everything it can to distance itself from any violence or riots. When counter-protesters showed up with confederate and communist flags, beating their sign sticks on cars, and trying to start fights, the freedom convoy leadership had them removed by the police, and without resorting to violence or aggression on their end. They wanted to keep the protest focused on the issues, and to keep the attention focused properly…an idea BLM was never able to stay successful with, especially after sundown.

So, what makes the difference here? Is it their way of protesting? Maybe. It certainly makes a big difference when you are keeping things professional and safe. Is it their skin color? No. Canada is a largely Caucasian country, and the protests were largely Caucasian as well. Is it their message of the government being against the best interests of the Canadian people? Yes, yes it is. Neither the U.S. nor Canada wants to see their people stand up against their will. They want them to go along with the mandates mindlessly. The BLM protests served to divide people, so they were allowed to continue as divided people are easier to rule. The freedom convoy, on the other hand, united people against the system, and that is something neither government wants to deal with.