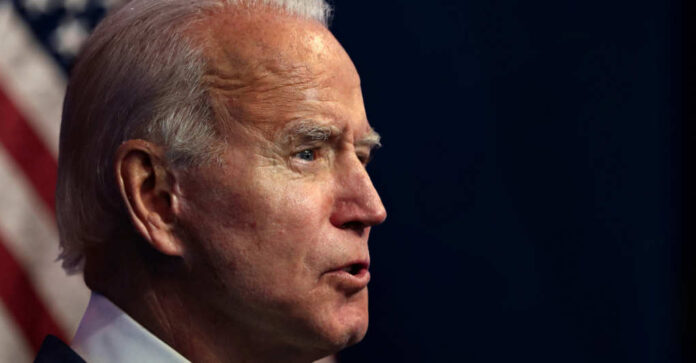 Joe Biden is his own worst enemy. He continues to pick anti-American people for positions of leadership because he needs them to back his evil plan to bring down America. Biden knows that he needs to have his demon-possessed people in place for when the time comes to void the Constitution. He needs his people to back him and do anything to help bring about the destruction Biden so wishes would come.

Senator Joe Manchin has stood in his way to Democratic domination and destroying the country. But the wicked man’s political party members want nothing to do with what he is offering. Manchin has stated that he would not vote for the president’s nomination.

Manchin revealed that Barack Obama formally nominated Califf. Robert Califf is the nominee that Biden would love to see confirmed to lead the FDA. Manchin also revealed that the state of Virginia was abused while Califf was in office.

Chad Pergram is a reporter for Fox News. The Daily Wire found and quoted Pergram as stating, “Manchin to oppose nomination of Robert Califf to run FDA: My opposition is nothing new. In fact, it was exactly five years ago next week that I came to the Senate floor to urge my colleagues to oppose Dr. Califf’s nomination to serve under then-President Obama in the same role.”

Senator Manchin opposed the appointment in 2016, and he will do so again. While Califf served in his newfound position, it was revealed that 400,000 people died from a drug overdose, and Manchin holds Califf responsible for those deaths.

Manchin would also state, “I cannot, for the life of me, understand why this administration is so committed to asking each of us in the Senate to reconfirm a person who had the opportunity to make a difference but show us who he really was. Do not expect a different outcome.”

Biden is picking people to lead in critical positions that are not qualified to serve in those capacities. As a member of the Democratic Party, Manchin should vote for Biden’s nominations. Except the president is not a Democrat any longer. He is a socialist trying to bring about a new form of government that will essentially destroy the country. Califf is just a piece of the puzzle that Biden needs to have in place before moving forward.

But like all Manchin’s arguments, Biden will not see his wishes come to reality. The Moderate senator will vote against the socialist’s choice to have Califf run the FDA.

Biden’s Build Back Better bill was another chance for Manchin to stand up against the tyranny trying to reveal its ugly face. The destruction the bill would have brought to the country would dwarf the trouble people are dealing with now.

People all around the country are struggling because Joe Biden has made it his mission to ruin their lives. He has inflated prices, killed the job market, and made it impossible to get purchased materials delivered on time to consumers. And if that was not horrible enough, shelves across the country continue to collect dust since products are sitting in ships off the California coastline.

Biden has also made it his mission to push the pandemic beyond its lifetime and force kids of all ages to wear diapers over their faces. The mandates that he has issued are as illegal as they can get. The masks that he demands that they wear are proven to be ineffective to keep the COVID-19 virus from spreading.