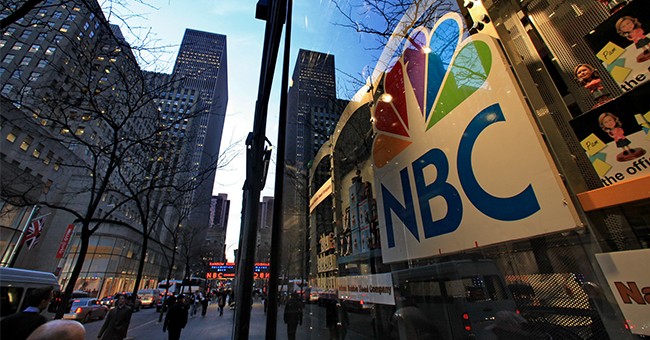 By most if not all indications, it’s a safe bet that the Democrat Party is going to get its ass handed to it in the 2022 midterm elections. And while 2024 is “light years” away in the world of politics, the general election ain’t looking too good, either. Just ask NBC News Digital senior politics reporter Alex Seitz-Wald.

Seitz-Wald on Thursday offered a blunt assessment of the “challenge” Democrats face — as the nationwide push to lift draconian COVID restrictions and return to normal continues to pressure liberals across the fruited plain.

As reported by Fox News, left-“leaning” Seitz-Wald warned that Democrats face a challenge to get their programmed base “back to normal,” following two years of the Democrat Party hyping the everloving crap out of the virus, as Blue states quickly drop COVID restrictions.

Before we continue with Mr. Seitz-Wald, the question begs to be asked: So, after two years of ridiculous hype, ever-moving goalposts, and “the science” being bastardized to total oblivion, why the sudden change of heart among Democrat politicians?

Let’s go to the preeminent satire site in the known universe, The Babylon Bee, for the answer.

WASHINGTON, D.C.–Scientists for the Democratic party have announced a surprise change in science, after previous science was determined to be too unpopular to remain science.

“It’s really a shocking turnaround, as just last week masks were super effective and anyone who disagreed was a murderer. Gosh, science is amazing!”

I’ve said it before and I’ll say it again. The Bee is almost as funny as the Democrat Party.

As I said at the top, NBC’s Seitz-Wald gets it totally wrong, as Donald might say. During an appearance on MSNBC he laid it out, as transcribed by Fox News:

I think these Democratic governors are basically playing to where they think the ball is going to be if not where it is now. They’re kind of trying to get ahead of the inevitable because the trend lines have that a growing number of Americans, including a lot of Democrats, are heading towards if not already at the point of saying ‘You know what? We just have to get back to normal.’

And the Democrat Party?

And you see this kind of emerging message from some Democrats basically saying, ‘Mission accomplished,’ that, you know, the policies of the Biden White House, the Democratic Congress, Democratic governors, they worked, our sacrifices were worth it, we got vaccinated, it’s now time to enjoy those benefits.

But that message hasn’t really been that loud because, as you pointed out, the base is divided. A large number of Democrats are not there yet. So I think there is going to be a challenge for a lot of Democratic leaders to get their base comfortable with the idea of going back to normal.”

“I mean, for the past two years, so much of the identity of what is meant to be a Democrat, to follow the science, was tied up in masking and following these rules and regulations,” Seitz-Wald said.

And if you didn’t do that, you were you know, a bad person, you were Ron DeSantis, you’re a denier. So, now these Democratic leaders need to get their base comfortable with unwinding all of that.

Bingo. Not to nitpick, but Seitz-Wald’s own network, along with the other lapdog media usuals — CNN, MSNBC, ABC, CBS, et al. — have carried the Democrat Party’s COVID water from the outset, only to also get caught with the COVID-narrative pants down.

Just an absolutely amazing admission here. An MSNBC reporter notes that the biggest challenge for Democrat governors ending their mask mandates is that liberals have made mask-wearing such an important part of their identity that they might not be able to give it up.

And who could blame them? As card-carrying liberals, I mean.

Between the COVID Gnome Anthony Fauci and Joe “Winter of Severe Illness and Death” Biden, purposely programmed Democrat voters might very likely have to enter a COVID Reality 12-Step Program to decouple from two years of ridiculous hype and utter nonsense.

You gotta almost feel the Democrats’ pain. That, or scream “We told you so!” from the rooftops and ridicule the ever-loving hell out of them (my choice). In the past few weeks:

And here’s the fun part:

Based on science? Of course not.

Based on the fearmongering of Fauci, Biden, & Co. — with the liberal media sock puppets eagerly flying collective wingman for the last two years.