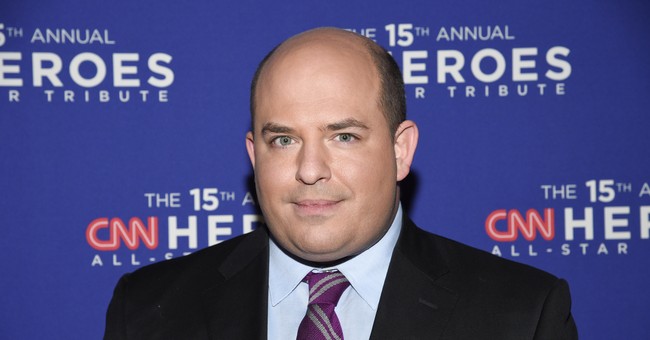 When the marketplace has already spoken, CNN chooses to ignore the message.

Picture yourself as a restaurant manager for a moment, one who is facing a curious challenge with a food item. With your entrees, you offer up a variety of accompaniments to go with a meal, but you notice a nagging detail. Looking in your walk-in storage all of your potatoes are going bad, and you then realize this is because very few people are ordering potatoes as a complimentary side dish. How do you address this problem?

No sane restauranteur would look over a pile of expired spuds and arrive at the conclusion that what needs to be done is doubling up the order of these rejected tubers and placing them on the menu at a now-inflated cost. Yet, this is the very decision that has been arrived at in CNN’s Atlanta offices. The announcement has been made that the in-house media guru, Brian Stelter, will have a new daily program on the upcoming CNN subscription service.

The news network is getting ready to roll out its new streaming platform, not very cleverly dubbed CNN+, in March or so, and many people have speculated about this proposed premium package. Over the past year, CNN has hemorrhaged viewers at an alarming rate. While all news networks saw viewership recede following the election, Fox News has mostly recovered and MSNBC has even flattened its curve, with some select examples of ratings rebounding.

CNN meanwhile has seen perpetual erosion, and now the beleaguered network is awash in scandals, as it attempts to roll out a new venture. The question many have resorted to asking is, how do they expect to draw a significant amount of paid viewers if people are turning away from the FREE product?!

This paradox is exemplified in the decision to give Stelter a daily platform. Stelter’s Sunday program Reliable Sources has been a constant source of viewer erosion. In his 11 am time slot, Brian squares off against Howie Kurtz on Fox News, whose own program Media Buzz is a direct competitor in the coverage of the press and other media-related topics, and who has, for some time now, more than doubled Stelter’s audience.

The challenge is even further revealed when looking over Brian Stelter’s own promotion of the new venture. As he was touting the announcement of his daily program in his Reliable Sources newsletter, Brian managed to undercut things quite a bit.

Simply put: If you enjoy this newsletter, you’ll like this new show.

This means that the program that requires a paid subscription will be like the newsletter, the Sunday program, and the podcast — all of which Stelter already provides at no cost. So, the incentive to subscribe to the service is…what? And considering the growing tide of apathy attached to those offerings, why does CNN believe that giving viewers more of that content will be a draw?

If anything, the best move for the network at this point would be to offer up anything besides what they broadcast every day. The audience has been steadily walking away from the CNN midway for some time; why they think opening up additional carny booths is a good idea is anyone’s hypothesis. But this is the trend of thinking at the outlet. Stelter defended his network following the Zucker ouster, saying “We aren’t going anywhere!”

Now, he did not mean that in the context of a car broken down on the side of the road — but that is the network’s reality for now.

After all, when Jeff Zucker was just let go, after steering the network into an iceberg and seeing the ratings consistently sink, Stelter announced that the best thing to do would be to continue with their failing format. CNN spent a year obsessing over January 6 and ended up seeing people who blamed the GOP diminishing, it carried the Big Lie narrative for most of that time. Voters have shown little interest in that script, and with all of the Trump attacks and Joe Biden defenses, viewers trundled off to other outlets.

So sure, CNN, if you believe giving us more of those spoiled fares and charging a premium for servings we do not want will deliver success, by all means, draw up that new menu. Something tells me that reservations will not be needed to score a table at the new, paid platform.