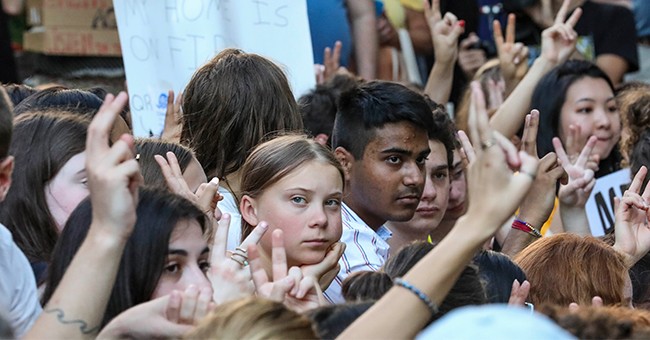 The U.S. is preparing to save the world from climate change because of fossil fuels by preparing to pockmark the planet’s surface with mineral mines.

In a February 16, 2022 session by the Atlantic Council titled, “Preparing the United States for a mineral-intensive future,” the American strategy for adapting to a world shedding oil was discussed.

The session started with Senator Lisa Murkowski (R-AK) reviewing the bidding the mineral resources risks faced by the United States in a post-climate change industrial base world. In it, the need for metals and minerals to build and maintain post-oil infrastructure will make the United States far more dependent on countries like Russia, China, and countries in Africa, where the mines that produce chemicals needed for computers, vehicles, batteries, solar panels, and other accouterments of a renewables-based world will change the power balance of global stability.

Murkowski pointed out the that United States must search for and exploit domestic mineral sources to feed the vast conversion of infrastructure that will be needed to support a population no longer using fossil fuels to the degree we are now. Bottom line, we’ll be digging new holes in the ground because our cars will need four to 10 times as much metal and mineral content per vehicle. It must come from somewhere. So much for the pristine wilds of Alaska, or anywhere else we happen to find rare earth minerals in the New World.

The session continued with three panelists moderated by Atlantic Council deputy energy director Reed Blakemore. Ambassadors J. Peter Pham, who served as a special envoy to Africa, and Gen. Douglas Lute, who served as ambassador to NATO, were joined by U.S. State Department Director from the Office of Energy Transformation Helaina Matza.

The three shifted the direction of the conversation away from Murkowski’s focus on U.S. resource independence and focused on the U.S. integrating into the future worldwide supply chains of key minerals.

They paid homage to the fact that certain minerals come from countries such as Russia and China. The panelists danced around the delicate subject of the future economic leverage this holds, advantaging political adversaries, as US dependence on minerals grows. But, I couldn’t help but ponder if Murkowski’s position that the U.S. would have no choice in the future but to dig holes to maintain strategic independence with respect to peer adversaries.

Pham noted that many minerals are mined from Africa, where the U.S. not only has to maintain diplomatic relations that ensure access for private companies to these countries but, as Matza acknowledged, the U.S. imprimatur to enable American companies to compete in Africa meant direct competition against national players like China, who also have oil and mineral supply chain intensive economies.

One of the aspects of the evolving shift to minerals I’ve been most curious about is how the U.S. will tackle the role of supporting allies who will also need minerals for their economies but can’t dig holes.

Western Europe once invested in vast colonial empires to obtain resources, but those days are gone. NATO cannot be both confrontive to oil and mineral rich Russia, while the European Union simultaneously grows more dependent on good economic relations to access those resources.

On the other side of the world, Japan once dreamed of imperial supply chains whose days are gone, too. State Department’s Matza noted that Japan has become one of the first nations to hoard strategic minerals because of experiences with supply chain embargoes.

Murkowski noted in her remarks that the U.S. must also be thinking in terms of strategic mineral reserves for defense and security purposes. The tensions of limited resources and zero-sum competition begin anew.

But these power projection, reserve supplies games pale in comparison to the social and infrastructure re-engineering of the first world contemplated by climate change advocates. To reach the Paris Accord 2050 carbon emission goals, you must figure out how to electrify the major cities of the first world. These are the sinks into which so much energy flows, so people can live, work, and go home to watch Netflix. That means,

Replacing almost every gasoline powered vehicle with an electrical one whose batteries and electronics require 4x to 10x more minerals per vehicle than oil economy technology versions.
Creating new power grid capacity to supply these vehicles. It’s the energy supply chain substitution equivalent of replacing every gas station on the landscape. Yeah, even the ones with the good coffee and hot dogs.
Creating sufficient power generation sources to feed this new ocean of fast charger outlets.
Some cities will cost too much to retrofit. So, there will be instances where harsh decisions will have to be made about creating new electric-centric cities, uprooting lives, and migrating populations.

Bearing in mind that existing, power generation sources including legacy power plants, solar, and wind generation is already being used as power for homes, this means an entirely new grid. Or at least, entirely new urban grid overlays. If you look around the internet, you’ll quickly find mention of the one source of power generation that could supply that much power without burning dinosaurs. Nuclear power is once again not as dirty a term it used to be.

And then, ultimately, a reality check. In the next 100 years, it’s only going to be a portion of the First World that will make the conversion to this expensive, mineral-based system. The rest of the world will keep burning oil and gas. And most of the human race’s population growth will take place in those parts of the world. So, by my reckoning, the trajectory of the carbon emission curve of planet Earth isn’t going to change much. It is just what it is.

Environmentalist still have little idea just how much strip mining and ore processing the climate change community has bought into to meet the goals of their global advocates. There will be a lot of money to be made, as ordinary people’s lives are forced to change. I’m anticipating this clash of values among the “woke” is coming as reality sets in.

For you meat eaters and wood stove burners who read RedState, plan on a rugby bar fight spilling into the street, as an intense spectator sport, for the next quarter to half century. For policy people and urban planners, figure on just as many hurdles, delays, and project failures as the oil and gas people have had to put up with. Human nature and reaction to change are the political constant here. You know the best mineral deposits are going to require strip mining in the most pristine places, and the urban renewal of the most NIMBY communities. There is irony when it comes to things like this.

The reality is that there just isn’t a free lunch here. Humanity is quite literally exchanging one form of scorching the earth for another one. The whereabouts of the resources will change who has political and economic power. It’ll create economic competition among the world’s industrialized societies for minerals that will cause stress, embargoes, and wars. It’s how matrices work. This is the sound of inevitability.

I’ve always been uncomfortable with this “woke” version of climate change. I know I live on a harsh planet that doesn’t care about the thin layer of pond scum on its surface. The science geek in me fully knows that nature has taken planet Earth from inhospitable conditions of acrid volcanism to super-oxygenated Permian canopy over billions of years.

We live in a remarkably stable, hospitable, and stable time on this planet. Scientifically, it’s due in large part to the configuration of the tectonic plates that create great ocean basins that, combined with the spin of the earth, circulate deep ocean currents that even out heat buildup around the globe. The climate conditions do fluctuate up and down, driven by the sheer radiant power of a star 93 million miles away.

But, I also respect that this planet’s true core competency is routinely wiping out 99 percent of life forms on its surface. Earth collides with things. Earth reverses its magnetic poles, which wipes out the protective magnetic field, so gamma rays pincushion and kill living cells like a billion neutron bombs continuously going off until the magnetic field re-stabilizes. And then, Earth happily starts again, building one smiling amoeba at a time, like it’s playing with a new LEGO set.

In comparison, we humans burn things and sprinkle our poop and garbage on everything. When we stop polluting by burning dinosaurs, we’ll do it by digging holes all over the place to turn dirt into ingots and ingots into microchips and batteries. Mountains of them. We are now contemplating covering the planet in a new layer of junk. That’s what we humans do.

What we will see in the remainder of the 21st century will be the consequence effects of the decisions Climate Change policies are creating now. My instinct says they won’t be pretty. Turning over apple carts never is. The constant is the voracious energy appetite of the First World. All we are doing is changing its diet.

After listening to how the policy community is talking about planning for the future, it may not be for the better. Bit of a Pandora’s Box. Either naively not well thought through or rife with hubris flying on wings of wax that will melt all too soon.