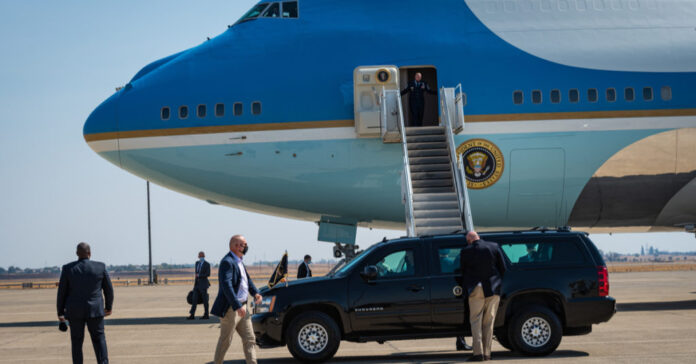 As you have likely heard, Russia is making some rather serious threats against their neighbor and U.S. ally, Ukraine, promising to invade unless certain demands are met, namely that NATO troops and personnel stop moving east towards the Russian border. Unfortunately, as of yet, those conditions have not been completed and are unlikely to, given that NATO helps to provide aid to the nation.

And so, both Russian President Vladimir Putin and now the White House have announced that an invasion into Ukraine is likely imminent. In fact, according to Biden’s administration, it could begin “any day now.”

And as such, any and all Americans currently in Ukraine have been urged to leave or risk the oncoming dangers of Putin’s armies alone. According to Biden’s national security advisor, Jake Sullivan, “The risk is now high enough, and the threat is now immediate enough that this is what prudence demands.”

His advice is to get out in the next 24 to 48 hours. As the situation between the two nations worsens, Sullivan pointed out that it might not be long before commercial travel routes such as air services and trains are shut down, as well as roads in and out.

Now, you would think that such a quickly approaching threat would warrant a great deal of action from our commander in chief, Joe Biden, forcing him to put in some extra hours and make preparations in case of war. Hell, Biden even made a similar announcement about the seemingly inevitable invasion last week, stating that things could “go crazy quickly.”

And yet, it seems he has no other concerns at the moment than taking a weekend trip to Camp David.

On Friday, the same day Sullivan announced the oncoming invasion by Russia, Biden was photographed as he took leave of the White House to travel to Camp David.

You might remember that this is the very same place that he vacationed to right before and all throughout the fall of Kabul in Afghanistan. While hundreds of Americans were left to their own devices as Biden ordered our troops to leave the nation, he sat alone in a room, secluded from the world, supposedly “working” to solve the problem.

But as you well know, he didn’t do anything of the sort. And neither did imagery of his “work” do much to encourage either Americans or our allies that Biden and his team were doing all that they could for our own.

Instead, it actually did quite the opposite.

It told the world that while he was supposedly working on the issues at hand, he was quite literally far removed from the whole thing. Not only was he not even in the White House, but neither was he surrounded by a host of staff members who could offer advice and brainstorm with him on when, where, and what to do.

Yes, video chats were held, and I’m sure the situation was discussed in these. But we all know conditions like this demand something altogether different than a few minutes on a call.

I mean, when you think about national leadership at a time when one of our allies has fallen under attack, and some of our own are being killed, what you want to see is an “all hands on deck” situation. You know, rooms filled with people discussing options, making plans, scouring over exit routes, etc.

And yet, what we got was Biden sitting alone in a conference room…

Needless to say, I doubt this inspired a lot of hope on the part of our other allies. You know, nations like Ukraine, who are dependent on our help when it comes to threats like Russia.

Nor does it bode well for them that barely six months later, Biden has once again secluded himself at Camp David while the world waits on pins and needles to see what will happen in the coming days and weeks.

Again, one of our allies is in trouble. Again, American lives are potentially at risk. And again, Joe Biden has shown the world that he would rather hide away on vacation than deal with those issues – you know, problems that his job demands.

Then again, perhaps his dementia-ridden brain would only make matters worse than just leaving the world to its own devices…