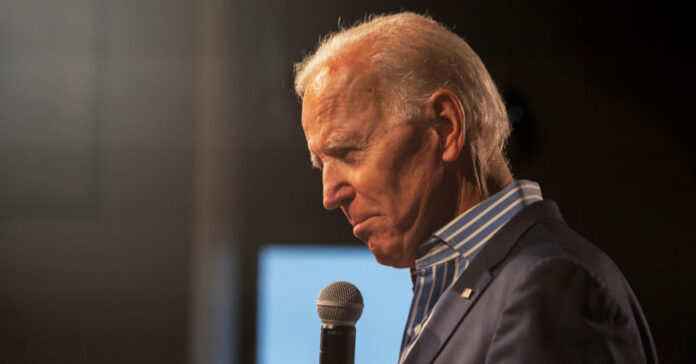 Joe Biden is clearly against the United States of America. The way he treats people who call themselves American is horrible. And if that was not enough, the president has turned his attention to the Army and is now fighting with them over a report that blames the failed withdrawal from Afghanistan on his shoulders.

The old man wanted to beat Donald Trump, and it came back and bit him in the backside. Once the report was released, the president swung because he did not like the Army blaming him. As Commander in Chief of the military, the blame will rest with him because he is the one who is supposed to decide how to operate in any circumstance.

The Afghanistan tragedy is entirely the fault of Joe Biden. He left people behind, which is something the military frowns upon. And what makes things even worse for the old man is that he tries to ignore the problem by pretending it never happened.

The Washington Post stated, “Senior White House and State Department officials failed to grasp the Taliban’s steady advance on Afghanistan’s capital and resisted efforts by U.S. military leaders to prepare the evacuation of embassy personnel and Afghan allies weeks before Kabul’s fall, placing American troops ordered to carry out the withdrawal in greater danger, according to sworn testimony from multiple commanders involved in the operation.”

The truth could not be any more evident than it already is. The Democrats hate the truth because it has a way of exposing them as the frauds they are. Biden wants to act like a president who makes significant decisions and has it together. But in communist fashion, he sees the truth and denies it. And if it continues to surface, he will go after those people responsible for telling the truth.

The situation in Afghanistan was leading up to a conflict. But instead of dealing with the situation, Biden wanted to pull out and prove that he was a better man than Donald Trump. Donald Trump would never have left Americans behind to be killed by the enemy. But all he proved was that he would never measure up to the type of President Trump had been.

Lester Holt with NBC News was interviewing Biden and presented the truth to the president. He asked if he was familiar with the truth, and all Biden could say was, “No, No, that’s not what I was told. … No. What I was told, no one told me that, look, there was no good time to get out. But if we had not gotten out, they acknowledged that we would have had to put a hell of a lot more troops back in. It wasn’t just 2,000, 4,000, we would have to significantly increase the number of troops, and we’re back in this war of attrition. And, and there was no way we were ever going to unite Ukraine, excuse me, Iraq, Afghanistan. No way that was going to happen. And so this is a much wiser thing to do.”

In a few words, the president rejected the truthful report given by the Army. This branch of the military was on the ground and saw what was happening. The soldiers had to obey the orders coming from the White House. Biden was given firsthand reports of the truth, and all he could do was claim that they are lying. The sorry old man wants to protect his image instead of admitting the truth and taking responsibility for his sorry actions.

Senator Ted Cruz and others would come back and blast the president for how he responded to the report. In Biden’s demented mind, he sees himself as a person who cannot make any mistakes. Except that is all he makes with every decision he is given to make. Biden intentionally left people behind and gave the enemy vast amounts of weaponry to use for terror. He is responsible for the trouble revealed by a report provided by those there when it all went down.