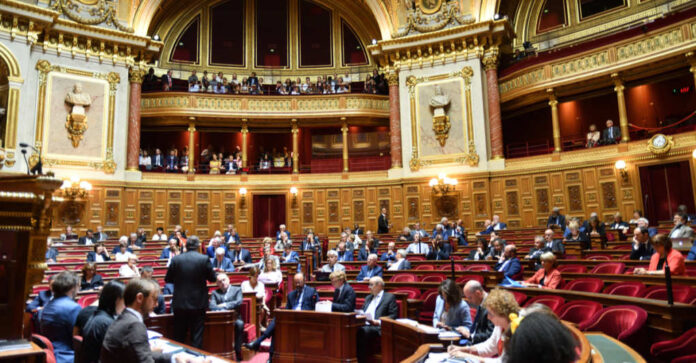 Democratic Sen. Ben Ray Luján posted a video on Twitter recently in which he said, “Now I’m proud to report, then I’ll be back on the floor of the United States Senate in just a few short weeks.”

The New Mexico senator is recovering from a stroke that he had in January and he believes that he will be back to work in just a few short weeks. He plans to be able to vote on President Biden’s Supreme Court nominee.

Senator Luján is now at the University of New Mexico Hospital after having surgery to relieve pressure on his brain. He will transfer soon to an inpatient rehabilitation facility for several more weeks. The 49-year-old lawmaker said that he is doing well and that he is strong. He said in the video that he will make a full recovery and that he will walk out of the hospital stronger than before he went in.

Luján began to experience dizziness and fatigue on January 27th according to a report from his office. He checked himself into a hospital in Santa Fe, New Mexico, and was transferred to the hospital in Albuquerque for further evaluation and treatment. Luján was found to have suffered a stroke in the cerebellum, affecting his balance. Dr. Javed Eliyas performed a successful decompressive surgery to ease swelling on the Senator.

There was immediate concern with Democrats in the Senate that he would miss the vote on Biden’s nominee to replace the retiring Justice Stephen G. Breyer. Biden has said that he wants to announce his nominee by the end of February.

Right now, the Senate is 50-50, so Luján’s vote would be critical if the Democratic Party wants to confirm Biden’s nominee without the support of Republicans.

Senator Luján was elected to the Senate in 2020 after he had served in Congress for the 3rd Congressional District in New Mexico since 2008.

Luján said, “Let me begin by expressing my thanks for the outpouring of support my family and I have received from across New Mexico and around America. Your prayers, your words, your daily videos, your words of encouragement have been so reassuring and have given me a lot of strength. Rest assured, New Mexicans can know they will have a voice and a vote during this process. That has never changed.”

The return of the New Mexico Senator in time for the vote on Biden’s nominee may be crucial for the president’s plummet in the polls. NBC political editor Chuck Todd said that the chance to choose a new Supreme Court justice may be a lifeline that Biden needs. In Todd’s monologue at the beginning of his program, he called the vote an opportunity for Biden to “reset” his administration after two massive legislative failures.

“Just last week, we said President Biden was in desperate need of a reset. His poll numbers are falling, particularly among African Americans, and there’s a real fear that Democrats’ midterm hopes will be sunk by a lack of enthusiasm among the very voters who put Mr. Biden in office,” Todd said.

The NBC host also noted that if Biden keeps his promise to nominate an African American woman to the High Court, it could help his sagging support from Black voters. Todd also sees the nomination as a reminder to American voters that elections have consequences.

“Mr. Biden finally has an open field with a real chance to put some points on the board — and at least temporarily change the narrative of his presidency,” Todd concluded.