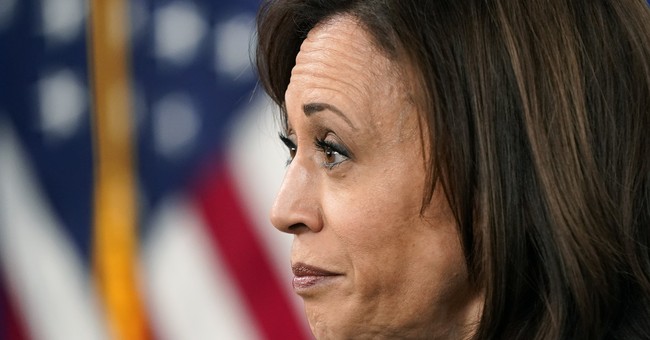 It goes without saying that Vice President Kamala Harris’ first year in office has not gone well at all. She’s been a failure at every responsibility she’s been given by President Biden, most notably on the issue of getting to the bottom of the “root causes” of the ongoing border crisis, a crisis that was brought on by Biden’s open borders stance.

Unfortunately for Harris, it’s unlikely to get better considering multiple polls confirm that this is shaping up to be a very bad year for Democrats as we head into the 2022 midterms.

While the person Democrats can thank the most for making their election/reelection chances worse is Joe Biden, also dragging them down has been Harris who, like Biden, has seen her approval ratings plummet dramatically over the last 12 months.

Views of Sen. Dianne Feinstein’s job performance have tumbled to the lowest point in her three-decade Senate career, with just 30% of California voters giving her positive marks in a new UC Berkeley Institute of Governmental Studies poll co-sponsored by the Los Angeles Times.

Respondents gave similarly unenthusiastic marks to Vice President Kamala Harris, whose popularity is underwater, with 38% approval and 46% disapproval, while they are evenly divided in their rating of President Biden. The assessments of both Biden and Harris dropped sharply from last summer, in line with their slumping poll numbers nationwide.

Perhaps most concerning about this particular poll for Harris is that she’s not even getting much support from her old stomping grounds:

Even in the regions of the state where she has a personal connection — the Bay Area, where she spent most of her life, and Los Angeles, where she has a house with husband Douglas Emhoff — her approval is only slightly higher than her statewide average.

“I get the sense from our polling the state hasn’t really warmed up to her as the sitting vice president,” [poll director Mark] DiCamillo said.

Why do her ratings in her deep blue home state matter? In the event that Biden announces he’s retiring at the end of his first term, naturally, Harris would run in hopes that she could replace him in 2024. But as noted above, Harris is not even popular in her own state (which was true during the 2019 Democratic presidential primary contest as well), which would mean if she ran she could conceivably have a tough, expensive primary battle in her own backyard, spending millions in a state that in a perfect world for her she’d have to invest little time in if her approval ratings were not in the basement.

But whether or not that particular scenario plays out, make no mistake: Harris is a considerable part of why Democrats are facing catastrophic election losses come fall. Though Vice Presidents don’t normally factor much into voters’ decisions about other candidates, the Biden White House has had her out front and in the public eye considerably more so than you normally see VPs because she’s a “historic first” and they want to make sure people believe they trust Harris to get the job done.

Sadly for Joe and company, trotting out Kamala Harris to score “woke” points has backfired in more ways than one, which the numbers make clear. The only question at this point is how much worse it will get for her – and them – as far as voters are concerned between now and November.