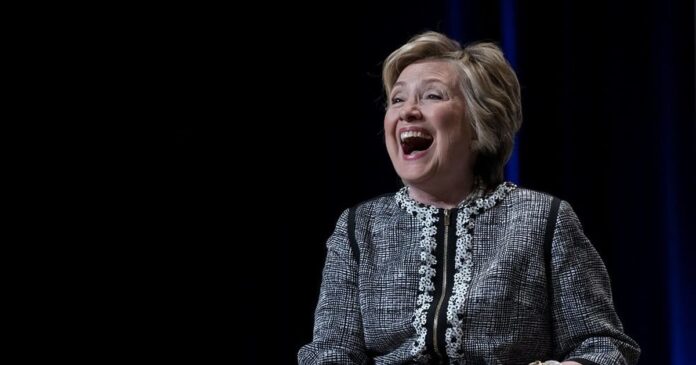 Since Hillary was a Rodham, with brunette hair, sporting coke-bottle glasses, she’s been an irritant. 50 years ago, Hillary was a minor staffer during the Watergate hearings and irritated chief counsel for the Judiciary Committee, Jerry Zeifman.

No, she wasn’t fired by Zeifman but fact-checkers usually leave out that Zeifman would have fired her had he had the power to do so. Zeifman added that he wouldn’t recommend her for any further position.

In the same timeframe, Hillary was taking the DC bar exam. She failed it and concealed that corpse for over 3 decades.

Soon after moving to Arkansas, Hillary was fast and loose with truth-telling, blaming everything on others and conspiracies, and ruining everyone (usually women) who got in her way. Women who accused her husband were buried, not literally but figuratively.

After Bill left office and Hillary was, for the most part, finished lying for Bill; she was weaving her own phony life story. She claimed to have been named after Sir Edmond Hillary. She wasn’t.

She claimed to have landed under sniper fire in Bosnia. The snipers were children handing her flowers.

Fast-forward to 2016. Hillary has a giant lead over Donald Trump. Her basement email server becomes a campaign issue. Her campaign invents a Russia-Trump connection at the same time. Notwithstanding her protests that she was emailing yoga sessions to her daughter, what she did was a crime. In a wink-and-nod move, James Comey laid out Hillary’s illegalities but failed to refer them to Justice for prosecution.

Soon, Hillary will say something to the same effect. The same denials of infidelity with the truth that have sustained her for 50 years will be repeated.

Whatever words she uses she will be saying some iteration of the following: